Steven Ma as a rich and prosperous Ultraman

Steven Ma exuberantly expressed thanks to the program’s guest master chef and guest stars. (Connie Chan Po Chu & her son, Dexter Yeung) He felt that the crew’s effort has finally paid off. He also said that he had benefited considerably from the program. During the filming inside a seafood wholesale store, Steven could not hide his excitement, half way through, he jokingly picked up the abalones to conceal his eyes pretending to be Abalone Ultraman. He quipped: “As an Ultraman, this one sure is rich and prosperous! "

-----------------
Tagged other report
The food & drink tv program《大廚出馬》hosted by Steven Ma garnered an average rating of 19 points and peaked at 20 points. Its viewership is much higher than the normal average ratings of 15 points for programs of the same time slot, making Steven very happy.

Ma Zai reveals that he loves to cook. Now because of his work, he can surreptitiously learn from observing various master chefs' cooking; it is indeed a very rare opportunity for him. Earlier, he went to a seafood wholesale store to learn how to select abalone and 冬蟲草 (Chinese herb) . He exuberantly picked up the abalones and held them in front of his eyes and chirped: “I'm Abalone Ultraman.

******************
The other day, at a tv talk show 《范後感》Steven said: "When I first debut as singer, the promo slogan offended many people, and I was booed. I was so upset I cried.  I was thinking of leaving the industry when my contract ended but the producer invited me to portray Emperor Kangxi in Duke of Mt. Deer 1998 《鹿鼎記》. I accepted but did not have expectations, but unexpectedly the reception was positive and so I stayed on. " link ; another link 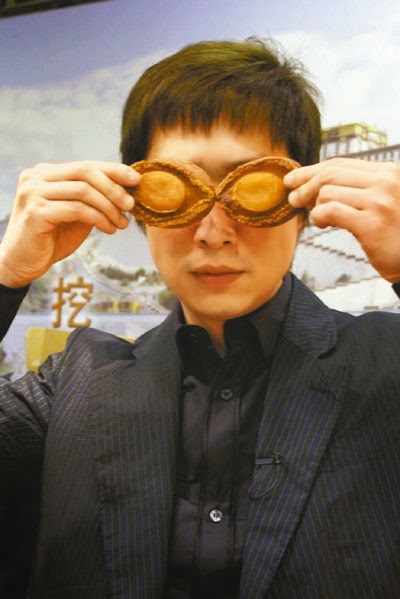