Yesterday was Seven Ma’s birthday.  He initially thought he would spend his birthday at work, but due to the schedule postponement of his new series’, Imperial Bodyguards, he got an unexpected day off.  Therefore, the night before he called up old friends with October birthdays namely, Lam King Kong (Steven’s elder brother in LOW) and “Ah Ma”, Suet Nie jie (Safeguards) to a crab (大閘蟹 Chinese mitten crab) and hotpot dinner.  Afterwards they went to a restaurant with a beautiful night scene to welcome the stroke of midnight, at which time, they cut the cake together to celebrate.  Both of them kissed Shuet Nei jie on the cheek.   Also in a rare public showing of affection, Shuet Nei jie and husband, 唐佳, kissed each other; all very heart-warming indeed! Just like Steven  said: (in weibo) “Birthday had friends and also beautiful view as company; what more can a man ask for!”

Just entering the 26th day and already Steven ’s cellphone was nonstop receiving well wishes text messages from friends.  Of course, they included good friends both males and females from the entertainment circle such as: Tavia Yeung, Linda Chung, Fala Chen, and Bosco Wong, etc.  Steven  was very happy and did not forget to add: "Who say Sonija and I are on bad terms, see, I received her well wishes text message too!”

Steven expresses (in weibo): Very thankful to all brothers and sisters (including friends and fans)  for their well wishes, very thankful and very moved too! Actually, I have one mindset that has never changed. Birthday to me is a day of remembrance for my mother. That day was her most painful day but at that time besides crying, I knew nothing! Haha! Mother has left me many years now, but this day every year, my mindset remains the same, and also every year my first wish is this: Wishing Mama you will always be happy!
‑){�,v&[
Steven feels that all mothers on earth are great; no wonder Steven is very respectful to Shuet Nei jie, who has only collaborated once with him as his mother in Safeguards.  Suet Nei jie expresses that though she has acted only once as Steven’s mother, they are very compatible with each other.  She appreciates Steven’s good character and culture; he has the traditional virtues of Chinese people; he honors his teachers and their teachings; he is diligent at work, and acts with his heart. So what does Suet Nei jie think of Steven’s opportunity in competing for the award through Ghost Writer role?  She says: “Actually in both Safeguards and Land of Wealth, Steven was already exceptionally outstanding, but unfortunately lacks a "powerful patronage luck".  I also feel that he lacks a bit of luck, too."

jMB &(r Steven thanks “Ah Ma”, Suet Nei, for her appraisal. He said candidly what actors would not want an award.  His Ghost Writer though pitted against World Cup still garnered good ratings, so he has confidence in himself.  But then getting an award depends on the lining up of heaven, earth and people.  Just like taking an exam, conscientious studying does not guarantee high grades.  Series aired closer to anniversary will of course have an added advantage.  Maybe my acquiring awards luck is not too good, but I feel my luck is not all that bad, either. aMy
cvYz H  I have had many opportunities to perform, and every time both the reviews and ratings are not bad.  If not tv king, then continue to work hard for it.  I still have much to improve on.  Steven laughs and says regardless whether or not he will get his hand on the award, Ghost Writer has already brought him substantial bonuses.  The last month’s extra income is equivalent to a year of filming series.

Because Steven lacks a bit of “acquiring awards luck”, this year birthday he acquired a  'gou yan's' (superior person) well wishes.  His good friend especially gave him a golden Mickey Mouse to ‘wong’ him (to bring prosperity/success, rub off the gold on him).  Also there is a friend who gave him a safe, (gap man) to symbolize good fortune, and hope that he will fill it up with dollar notes and house titles.  Steven says: “This is a very special birthday gift.  I’ve a low crisis awareness, truly have not thought of buying one to store the house title.  Thank you to my friend for such thoughtfulness!”

j5qrM_Chg
Talking about this year’s birthday wishes, Steven says: "Wish that things will go smoothly! The inner being of Nip Dou Bo in Imperial Bodyguards is very complicated.  Very challenging.  I will surprise everybody.  I hope next year I can buy an apartment.  Because the value of my current apartment has risen, so motivated me to buy an apartment."

Suet Nei jie expresses that in the past after working for seven years or so in the film industry she got married and retired henceforth, enjoying life for many years; thirteen years ago she re-entered the industry.  She is very happy filming series for the television station. She is happy with her life journey so far and does not have any special wishes, just good health. 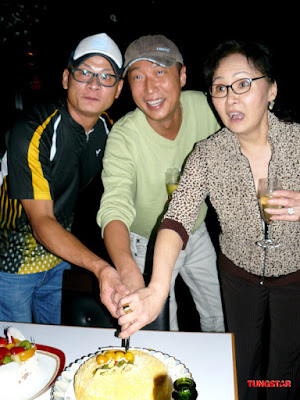 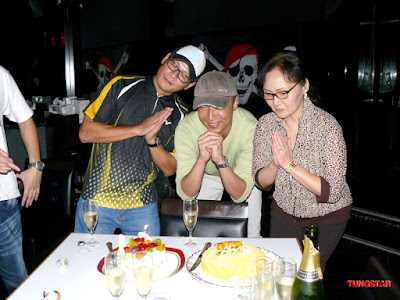 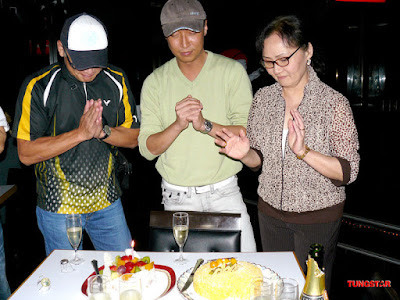 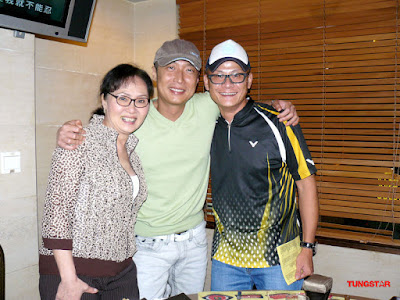 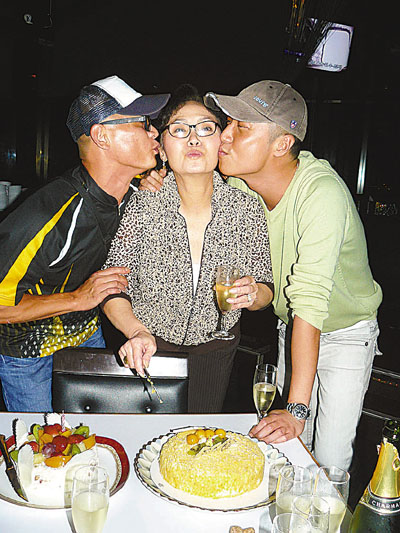