At Ah Gong: To cry or to laugh?

(L)Mazai, looking good in ancient costume, (M) not too bad even without hair, (R) Mazai, struck by lightning?

TVB's in a life-and-death struggle with Steven' good looks. 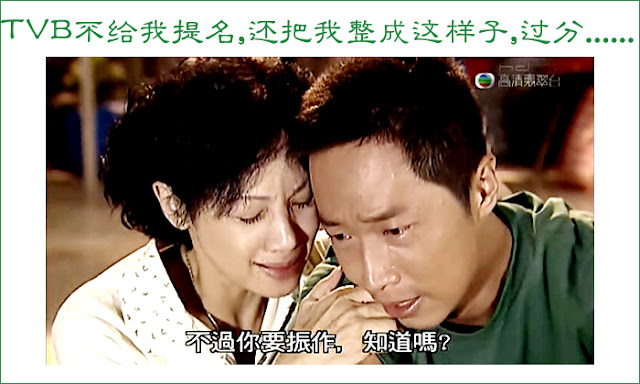 Steven was not nominated for either 'best actor' or 'most favorite actor'  in 2008 for AJCL. At the time, Steven and Ms. Lok were at stalemate over his contract renewal negotiation.