The novel, "When Love Becomes the Past"  《当爱已成往事》has once set off a craze online, and presently, the filming of the tv series adaptation of the said classic novel "Yuan Yang Pei" 《鸳 鸯佩》is underway in full swing at Hengdian.  The investment for Yuan Yang Pei reaches 30 million yuan; it's a joint-venture among Beijing Jetsen Times and Culture Media Ltd. Co., Guangxi TV Station, Nanning TV Station, Fuzhou TV Station and others. (北京捷成时代文化传媒有限公司出品，广西电视台、南宁电视台、福州电视台)

The main cast for YYP is impressive, not only having Zhang Meng (张檬), who gained instant popularity from her previous series, 《夏家三千金》and 《牵牛的夏天》, starring as the female lead but also include popular siu sangs Steven Ma (马浚伟) and Huang Shang Qi (黄少祺), who contend for her love in the series; the new generation 实力 idols, 马骏超、唐菱 and 阳蕾 's performances are also commendable,  plus there are the seasoned veterans including  邬倩倩、俞小凡、午马、田珉 escorting them; indeed, the cast for this tv series, YYP, can be called a "5-star luxury" level. 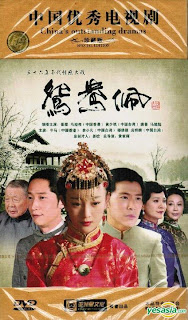 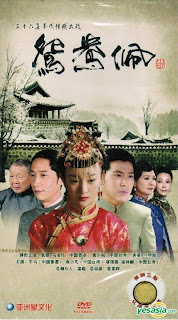 Stars, Quality in Every Aspect, the Exquisite Creation by 3 Lands.
This production is different from the others who spent much money on the stars but overlooked other production aspects of the series.  The production company, Beijing Jebsen Time and Culture Media Ltd. Co. (BJTCM), has obviously expended much thoughts and efforts into the quality of its product.  It has not only invited Wong Ka Fai, of the well-known three Wong brothers (黄氏三兄弟), to be the director but has also invited the renowned Bobo Ng (吴宝玲) to be the costumes designer and makeovers consultant. From script to director to makeovers, all showed the company's earnestness. This collaborative team effort by mainland, Hong Kong and Taiwan to meticulously  produce an emotion based period drama,  Yuan Yang Pei《鸳 鸯佩》, has many fans of the novel, "When Love is Bygone"  filled with much anticipation.

Towards  such a big production investment, the GM and Executive Producer of BITCM,  Emily Jiang Hang (姜晗) is very confident: The product quality is the company's most important requirement in producing a tv series.  We hope to use superior production quality to move the viewers."

Steven Ma's First TV Series After Leaving TVB.
A torturous love relationship with jade girl, Zhang Meng
Steven Ma, a former TVB first line actor, has just successfully terminated his contract with TVB.  He has starred in Duke of Mt. Deer 1998 《鹿鼎记》,《妙手仁心》and other popular series making him familiar to tv audiences.  This time portraying two roles in YYP, he and Taiwan well known actor, Huang Shao Qi, will act out " the battle for the beautiful woman".   And the subject of contention between Steven and Huang Shao Qi is the ingénue jade girl, Zhang Meng, whose Yang Zhen Zhen has been once much cherished by the public viewers.

One is her betrothed fiancé from young but who in a twist of fate broke the engagement is a man with much military power; the other who looks like her first love is the eldest son of the Tang family. Zhang Meng as Yong En, to whom does her love go in the end?  YYP symbolizing wealth and love, after much life and death tribulation, can the two people come together as a couple?  The novel,  "When Love Is Bygone" 《当爱已成往事》has once enamored many fans, and this time transforming as YYP moved onto TV really will tempt the appetite of the public viewers.

Bobo Ng (吴宝玲) , entertainment insiders like to call her Bobo jie, not only was she nominated in film awards but has had also designed beautiful costumes for Leslie Cheung, Angie Chiu, Leon Lai, Samuel Hui, Cecillia Yip Tung,  Sharla Cheung, Jacky Cheung, and his wife, May Lo. To label Bobo Ng the film and tv costumes designer Queen, she definitely has the chops to carry that label.  Bobo Ng, who is more well known as the  costumes designer for movies, this time as the costumes designer for YYP heightens the aesthetic aspect of the series.  A moving script, a stellar cast, and an exquisite superior production quality, tv series, YYP, displays a different kind of love onto the silver screen.