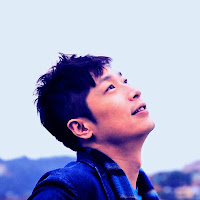 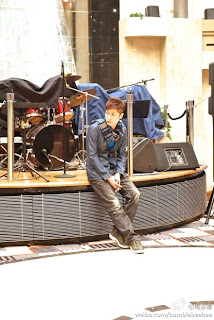 1月28日06:01 Aboard Costa Victoria, colleague, Ms. Leung (of his publishing company) took many pictures of me. Here's one, like it a lot. Thank you, my comrades in arms!

enlarged link
Many readers said Steven looks like a Korean guy in the pix. 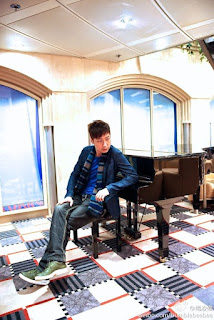 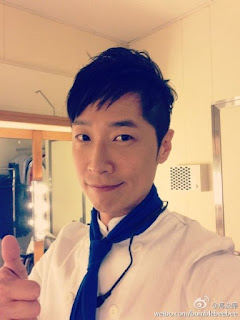 1/25 20:11 The performance accomplished successfully. Thankful! Next few days, still out in the sea, signal reception is intermittent. Friends and little piggies, don't worry! 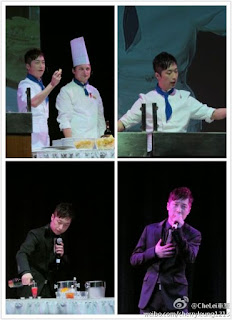 credit as labeled.
more candid pix by a fan on baidu steven ma

Guess the cruise was sold out because the baidu fan because of late booking was put on the waiting list until the day just before the cruise date. She was lucky to get on board but unlucky that outside of his shows she did not get a change encounter with Steven on deck at all unlike many passengers who did.  Also some lamented on weibo that they did not get to watch Steven's shows at all (concert, cooking) since it was first come first serve because of limited space. The baidu fan waited in line for hours to get good seat.

Both Steven and ship chef made their dishes as samples for some lucky passengers to taste. Steven's smoked salmon on pasta with white sauce was picked as the favorite over the chef's because his dish was more to the Chinese's taste - according to the fan. Steven also acted as a bartender with some cocktail mixing demo. So everything in the cruise went smoothly for Steven.