According to Hong Kong fans, TVB cut out a lot of Steven's scenes including Director Tsui's favorite scene of Monk Zhi Cong's first onscreen appearance - writing calligraphy with his left and right hands. In the original version, Steven's monk has lots of scenes in episode 8 but most of them were cut out on TVB version.  weibo link  TVB's pettiness just reached new height for me. 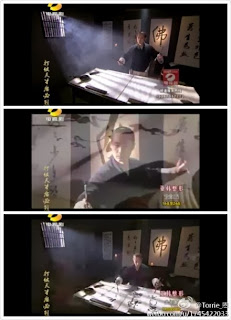