Steven's off to filming a tv series

Eta 10/14/2015: It is verified by weibo photos that the title of Steven's new series is indeed  《惊天岳雷》 . Additional info on its investors/producers and directors, scriptwriters and behind-the-scenes staff and crews.  Visit SM fan forum on fb for photos 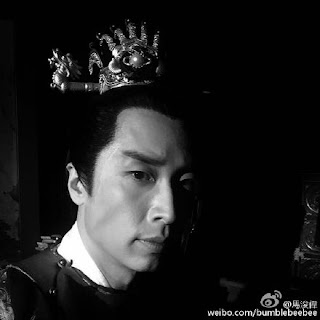 Finally,Steven is off to filming a tv series in Wuxi.  Truth be told, until this confirmation of actuality I've had reservations about his filming project as even the best-laid plans can go awry like his had been many times before.  So, what is the name of this series that has so motivated him to bestir himself from his self-imposed 2-year + hiatus?  Can it be this mainland ancient period drama,《惊天岳雷》 , which has just recently held its production commencement in Wuxi?

Anyway, happy for him! 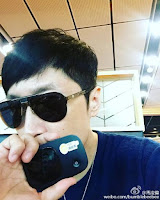 今天 00:33 Steven announces his role as Emperor Gaozong of Song Dynasty 「宋高宗」. He leaves the next day (10/13) for the on-location filming in Wuxi.

今天 01:05 Steven elaborates it is precisely Gaozong's helplessness as a layered, pivotal character that has attracted him to the role.

related weibo posts
Uploader & or translator: Tamaya at 10:29 AM