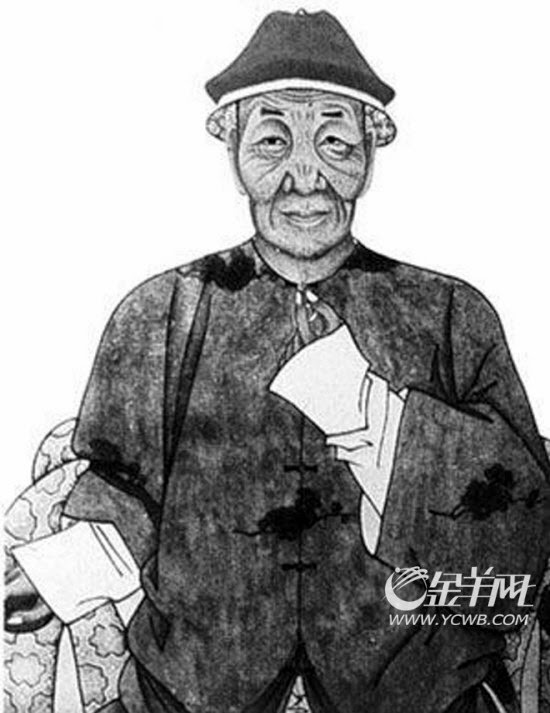 Steven Ma: I Am Like a Goalkeeper, Stabilized the Ratings.
Because of his having an “ancient costumes” face, Steven Ma is the actor among the TVB artistes who has acted the most times in ancient costumes series. In yet another ancient costumes series, the presently airing Ghost Writer at 8:30 pm, he portrays a renowned Qing author, Pu Song Ling. Since the series airs during the World Cup broadcast, he shoulders the heavy burden of grabbing ratings. Steven says he has already accomplished the mission given him by TVB. Ghost Writer’s average ratings have been within the proximity of the 30 points mark. “And this was under the circumstance of having an ongoing soccer match at 7:30 pm every night. Moreover, prior to this, the average ratings for ‘Fly with Me’, Sisters of Pearl’, were around 26 points.” As to the viewers criticizing that his Ghost Writer seems more like a family affair series, Steven counters: “This is not a biographic documentary; it is just a tv series for people to pass time, if it pleases the viewers, then that’s all to it.”

R: Before portraying Pu Song Ling, what kind of preparations did you do?

S: Prior to this, I didn’t know too much about Pu Song Ling, the person. Three months before production, I bought many books relating to Pu Song Ling. Also, I re-watched some of the movies relating to Liao Zhai 《聊斋》. Producer Leung Choi Yuen even got hold of a Pu Song Ling’s biography as well as some pundits’ comments on it for me to read, which helped me greatly. Furthermore, they also showed me the portrait of Pu Song Ling.

S: (smile) Oftentimes, there are fans who will show me some images of Qing personalities, say I resemble so and so Qing person, and that I should portray him. The portraits during the Qing Dynasty all have people with small, single-lidded eyes, a straight nose, and a long face. As such, don’t they all look like me? When I saw Pu Song Ling’s portrait, I thought so too.

R: Was it for this reason that the producer cast you as Pu Song Ling?


Discuss Controversy
"This is only a tv series, a diversion for people to pass time.

R: Was this the first time you portrayed a much older persona?

S: Maybe you all have some misunderstanding. This series depicts the life experiences of Pu Song Ling between the ages of 20 to around 35 years old. It is only in the latter segment of the last episode that I appear as a 60 something year-old persona. At that time, Pu Song Ling has secluded himself in his mountain retreat to write “Ghost Stories”.《聊斋志异》 Old Ling’s scenes are not that many, and not all that difficult to do.

R: Some viewers questioned that this series does not seem like Pu Song Ling’s biography, more like a series on family & ethical issues. What do you think?

S: The series is only halfway through; still too early to pass verdict. But I must concede that this series is not a historical documentary faithful to the legendary figure. The writing mainly focuses on the period before Pu Song Ling wrote “Ghost Stories”; to narrate why he wrote “Ghost Stories”; and to showcase the personality of Pu Song Ling. Pu Song Ling did not enjoy success as a young man, he was nearly 70 years old before obtaining scholarly honor; we all know this much. But towards his everyday life, we draw a near blank. So towards this end, the scriptwriters concentrated their effort, and within the tv series constraints came up with some details to enrich this character, Pu Song Ling. This is not a documentary; it’s only a tv series, a diversion for people to pass time.

R: The main reason why Pu Song Ling wrote “Ghost Stories” is to allegorize the society of that time. But in the series, Pu Song Ling actually has a human-fox spirit triangle relationship; do you think that set up is appropriate?

S: Will use my prior answer for that. We are only shooting a tv series. Fala Chen portrays a fox spirit who when young is rescued by Pu Song Ling’s father. When grown up, she wants to repay him for his kind deed. And so comes up with all kinds of ways to be by Pu Song Ling’s side. But at the time, Pu Song Ling is already married to Linda Chung’s character, Lau Sum Yu….in the latter part, Sunny Chan’s character, Detective Gou Jit, because of his jealousy over Pu Song Ling capturing Lau Sum Yu’s heart, even uses little fox to set Pu up; did a lot of evil things---- just like how it is in “Ghost Stories”; demons are not necessarily more evil than human beings.

R: Some viewers said that the script is similar to Director Chen Jia’s ‘Painted Skin’.

S: There’s a bit of that feeling in it, in that a man while in love with a woman also at the same time falls in love with a fox spirit. I’ve watched ‘Painted Skin’, like it a lot. I guess TVB scriptwriters might have used it as a reference. But I feel that whether it is ‘Painted Skin’ or ‘Pu Song Ling’, they all have used ‘Ghost Stories’ as a reference. Twenty odd years ago, TVB has already produced a ‘Painted Skin’ story; it also depicts a human and fox spirit story. I feel that what we are doing now is not a problem.
(translator’s note: question tactfully answered.)

R: How do you evaluate both Linda Chung and Fala Chen?

S: They are both my good younger sisters; both call me big brother. Linda is more of an introvert. She gives this feeling that she is like this Chang Jin character in the Korean’s series, Jewel in the Palace. Looks like she can be easily bullied, makes one wants to protect her. As for Fala, she is a very lively young lady, and more straightforward in her speech. Their personalities are actually demonstrated through their acting techniques. For instance, Linda’s acting is very ‘restrained’ (演戏很”收”); while Fala’s more open and free, whether being sad, or angry, all performed 'extravagantly'. (表现得很“张”). If they can integrate as one, the result will be all that more better.

Discuss Ratings
“Going Against World Cup, We Must Not Lose.”

R: This time TVB pitted ‘Ghost Writer’ against World Cup in the same time slot, are you worried about its ratings?

S: I’m already used to it. Whether it is World Cup, or long holidays; my series will be put up against it. Just like last year, A Watchdog’s Tale was broadcasted during the Christmas time slot all the way to New Year’s Eve timeslot. People were on break. Also in year 2002, ‘Where the Legend Begins’ was also aired against World Cup. But luckily, AWT’s average rating is at 31 points, so far ranking 2nd in this year tv series ratings. As for the presently airing Ghost Writer, last week it peaked at 31 points, averaging 28 points, and this was under the circumstances of having an ongoing soccer match at 7:30 pm every night; so the results are not too bad, considering. Look at the prior series: Fly with Me, Sisters of Pearl; their averages are around 26 points. I’m like the goalkeeper in a soccer match, did not let down the company or the audience, have stabilized the ratings. Xiao Ma did the best he could!


R: Because you are TVB’s General Luck, so use your work to pit against World Cup?

S: The producer did give me a heads-up on its time slot because they (sic) were worried that I would be unhappy. But I wouldn't, so long they genuinely have confidence in me. These past few days, there was no broadcast of 7:30 pm World Cup matches; hence, our ratings inflated to 33 points. I believe the results will get better and better. All of us had given a lot to this series. The viewers should be able to see our efforts. Going against World Cup, we must not lose.


R: Talking about giving, heard that you almost lost your sight?

S: At that time, I was doing a lying down on the bed scene. Right above my head hung a candle lamp. Maybe because the filming was too protracted, the candle melted into wax, which tipped over the candle holder. All the melted wax plopped onto my right eye. Luckily at that time, my eyes were closed. I only felt the heat on my eyeball. But my eyelid was completely sealed shut by the wax. Later, someone used a toothpick to slowly clear off the wax. The eye was fine, but it was truly alarming.

(translator's note: must be the scene in episode 14 when PSL's spirit sees his body lying on the bed underneath the flames of life.)

related news in Chinese “蒲松龄”马浚伟抗衡世界杯
More discussions on Ghost Writer as a cannon fodder against WC on AF
Uploader & or translator: Tamaya at 10:44 AM