Steven Ma as "Caring Ambassador"
September 6, 2003
Steven Ma took part in his capacity as "Caring Ambassador" in an event yesterday and revealed that with his contract with TVB up at the end of the year, this is now in the hands of his management company to discuss the renewal, but he will soon be filming some series on the mainland soon, so it will be next year at the earliest before he will be back filming with TVB.

Recently there have been many returning male leads, such as Patrick Tam, Michael Tao and Sunny Chan, is he worried about losing his position? Steven replies: "I'm not worried, because every male artist has their own personality and will not affect each other and anyway we are all good friends. The most important things is to have your own way of performing so I will not be too worried." 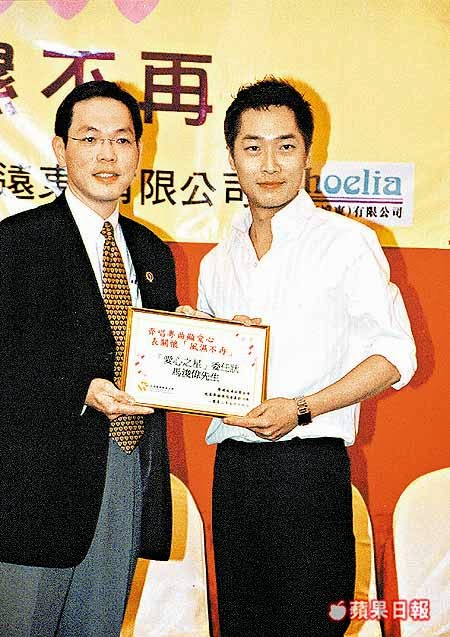