Break up, make up; Steven's heart remains true to his girlfriend, Vivian.

A Man: Steven Ma
At hearing of my interview appointment with Steven Ma, my colleague teased: “Him again?”

Yap! My last interview with him was barely half a year ago. Who ask “A Watchdog’s Tale”to be so popular. Now both adults and kids have taken to calling him his character’s nickname, “Yan Tze Toh” (flip-plop person) Only a lapse of half year, a person normally would not have changed much, as a matter of fact, he pretty much remains the same through the years.

“I’m a rock. Have you ever seen a rock nods its head? How can I change?” (a play on Chinese idiom 顽石点头 )

Especially when he is being serious, people around him will automatically straighten up their backs, even the dogs taking pictures with him will sit properly.

“Honestly, throughout my 38 years, I’ve never been reckless.”

Mother had cancer when he was young. He was not like other kids mollycoddled by mothers. When older, he was busy studying at the same time working to help his family make ends meet. From young, he had learned to be an adult and had never being unruly.

After two glasses of wine down his stomach will he then start to relax.

“The loosening up appears only after drinking. I’ll suddenly transform into a child, quite a rascal, too!”

De-stressing is good; him behaving like a child actually makes him more genial. 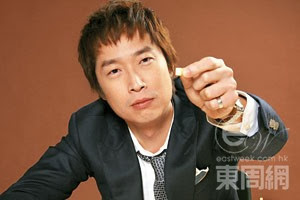 Huo Guang was a Han Dynasty minister. He left behind a legacy of accomplishments, but his life was summed up with these eight words, is it fortunate or unfortunate?  In the past, some people had used those words to describe Ma Zai; actually quite an apt description.

He always radiates this magnetic field that elicits deep respect from other people.  For work or for appointments, he is not only punctual but early, too.  On the day of the interview, his work was piled up high one over another, yet he could still arrive half an hour earlier.

He consumed copious amount of decaf coffee as stimulant.  He quipped: “Many people are scared of me. Earlier, in the March of Millions I shared the same vehicle with some current Miss Hong Kongs.  Actually, they had wanted to take pictures with me but didn’t dare to ask!”

A person’s conduct and handling of things are greatly influenced by his/her upbringing and background. Born in 1971, Ma Zai grew up in Shum Sui Po housing estates.  He was surrounded by drugs, prostitutes, and gangs.  Children living in this kind of environment normally grew into adults who would either strive indefatigably towards self-improvement, or degenerate inevitably into evil doings. Many of the 70’s generation grew up like this.

“At the time, among 10 friends, four would have 'backgrounds'. As a teen walking through Pak Ho Street I was already accosted by prostitutes. Used syringes littered the streets.  While in junior high school, a school mate died committing a crime.  As stubborn as I am, if want to be bad, will be bad to the very core. Nobody can control me. If I don’t control myself, it would be disastrous.”  On the day the schoolmate died, he knew that between good and evil, he must stand on the side of good.

“Sometimes, I wonder if I should let myself go. Like: to party irresponsibly. When in foreign places, I do go to discos, but shortly, will ask to leave. I dislike the stuffiness and the crowd. There was this one time in a karaoke place, the atmosphere felt wrong, something just didn’t feel right so I left.”

Ma Zai’s letting loose can only be seen after some drinks.

“After drinking, I’ll suddenly become a kid. A rascal. Even though it was the middle of the night, I still tried to drag people out to eat noodles. And talk nonstop.”

“Friends who have never seen me drink before, if they did, they would laugh so hard they roll on the floor.”

After two glasses of drink, he most loves to teach people how to dance.

“Disregarding gender or who the person is, I’ll pull him/her up and insist on teaching that person Latin dance.”

In Watchdog, Ma Zai portrayed a slovenly character. Actually he loves to compose and recite poetry. As such, some people consider him a poseur.

“I’m not showing off. Some colleagues ask me to quit talking about poetry; since you object, I won’t talk about it then. But I myself don’t have to give up on it. ”

The fact is, Ma Zai’s Chinese is very good, his spoken English and Mandarin are not bad either. Judging from his performance in the game show, ‘Book of Words’ final round, he is no Stephy and her like. (note: Stephy was ridiculed for her writing errors in her recent book.) But put the blame on his righteousness for keeping the females at bay when they are with Ma Zai.

He is very decorous with the opposite sex.

“Be courteous to the females. And it’s bad to mislead; either through eye expression, action, or contact frequency etc. It’ll be my fault if she misunderstands.”

His regular collaborators like Linda Chung, Fala Chen and Tavia Yeung all treat him as half sister. (Ji Mui) Looks like this gentleman can be trusted. Linda admits that she fell for him during their first collaboration. Fala praises that he can enter the kitchen. (means he cooks well.) Tavia exposes that she had asked him to buy her lingerie. To a certain extent, boundless “yan fu” surrounds him.

“Not only them, I’m also good to Kent Cheng. With friends, opinions, good or bad, should be voiced. Most important is that every spoken word is sincere. What they told me, I’ll not repeat them like stories to other people. Those who have known me long, know that I will not betray them. ” 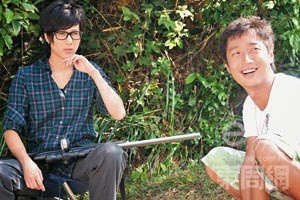 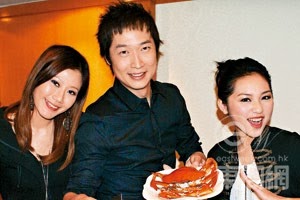 Taiva loves to trick him. Few months ago when he went to Canada, she asked him to get her a ‘souvenir’.


“She asked me to go to something something Secret (Victoria’s Secret) to buy her stuff. I said fine. Myolie, who was next to her, promptly asked me if I knew what that store sells. Turns out it sells bras and panties. So in the end, I asked Sister Louise Lee Si Kei’s daughter, Tse Ching, to get them. No way will I go in to get them. To get her back, I even asked Tse Ching to buy her a pair of leopard print bras.” 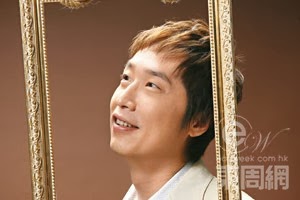 Good sister Tavia has been promoted to 1st line artiste. Ma Zai was forthright about being ambitious in his career. It is not the first time he had said this: “If artistes said they couldn't care less about positions or awards, then they are fibbing you.”

Recently, it is said that he has become Stephen Chan’s latest favorite, Ma Zai tried to shake off any trace of it. “Not just Mr. Chan, many people like Zhan Jie (Catherine Tseng) have all helped me before.”

But it is undeniable that since renewing his contract at the end of last year, his career has taken off onto the right path. Besides currently hosting a food and drink program 《大厨出马》, he will also release a new album this year.

“In the blink of an eye, 16 years already in the industry. Been through both good and bad. Older friends and girlfriend always ask why I don’t share my inner feelings with them. I told them they don’t have to share my worries. All these years, from my mom’s illness to being jeered for two whole years early in my career because of being promoted as : “He’s not Jacky Cheung, not Leon Lai”. Whether being sad or frustrated, let me isolate myself for two days, and I’ll have it resolved.”

Winter departs, spring arrives; what now lies ahead for Ma Zai is a bright and beautiful scenery.

Last year, Ma Zai broke up with red wine girlfriend, Vivian, but they have recently made up.

Quoting Mak Ling Ling: He will get married this year, if not, then next.

“Still haven’t reached this stage yet. It’s not just my issue. But I’m awaiting the urge to get marry.”

Ma Zai has a warm home. Mom has passed away for many years, but occasionally he still goes inside her bedroom and facing her picture will speak of his inner feelings.

Coming home late at night after finishing work, Dad will get him a bowl of love soup.

Home, where love resides, and heart anchors. Right now, it is just missing her. 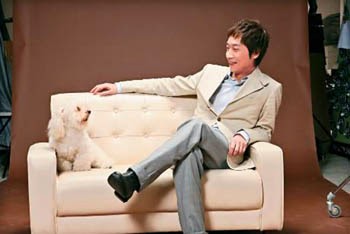 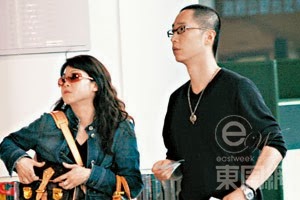 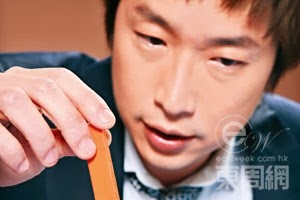