Steven Ma as ambassador for central and western district

Steven Ma Wins Third Prize in Lottery on His Birthday
Steven Ma attended the 10th Central and Western Festival event as an ambassador. Steven's nose allergies were acting up, so he took the risk of singing off-key and sang [during the event]. He said, "I won the third prize in a lottery on my birthday. I thought it was over a million dollars, but there were 110 winners, so I only won $30,000. The lottery ticket was a birthday gift from my assistant, so I will give him half. (How will you be spending it?) Treat friends out to dinner. (There were reports saying that you told Ngo Ka Nin to 'go to hell'.) Ka Nin has already called me and said that he didn't say it [was me]. He felt that it made me upset, and he felt sorry. He only said that a veteran's words have hurt him. I need to explain because I want to prove my innocence. I am a guy, so I will not say 'go to hell'. Also, I just collaborated with Ka Nin last year. We have never collaborated before. The matter is now being handled by my lawyer!"

*收皮 = an insulting way of expressing contempt for someone, telling them to leave

weibo 2010-10-30 18:09
Steven Ma: "I received a call from Ka Nin this afternoon. He apologized to me because a certain article framed him saying that Ka Nin said that I once insulted him, and told him to XX. Ka Nin expressed to me that he never said that that person was me. It was someone he met ten years ago. Ka Nin said that he is very unhappy that someone had made this up, and he hopes that I don't misunderstand! I want to say that I, too, cannot accept this frame-upon-frame behaviour. I will let my lawyer deal with this matter! Ka Nin, take care of your injury. Don't worry!"

Ngo Ka Nin: "Ma Jai, I am really sorry. The reports have affected you. I would like to apologize to you here. Sorry, Ma Jai".

Steven Ma: "Silly boy, you have already clearly explained it this afternoon. They framed you for framing me. I'd be an idiot to believe it! Remember what I told you. You must handle your eye with care. If you see many flashes, you must go to the hospital immediately. It can be very dangerous! Take care of your injury, Spare Rib Boy!"

TN: Lots of candid photos taken by HK fans.  Photos are not transferable so mosey over to hksteven yahoo fanblog  to see beautiful pictures and to show support to domain owner. 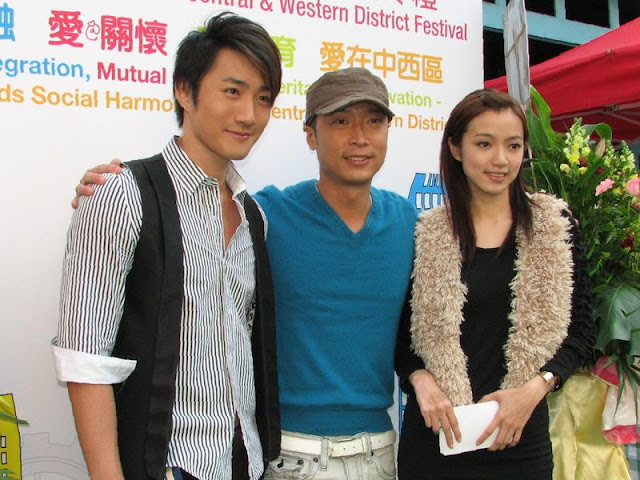 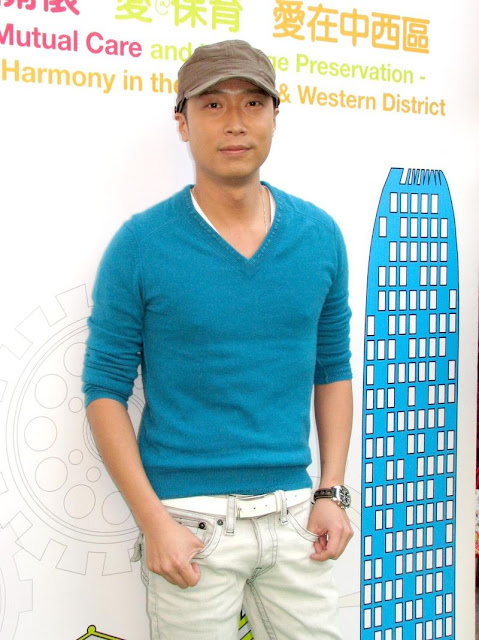 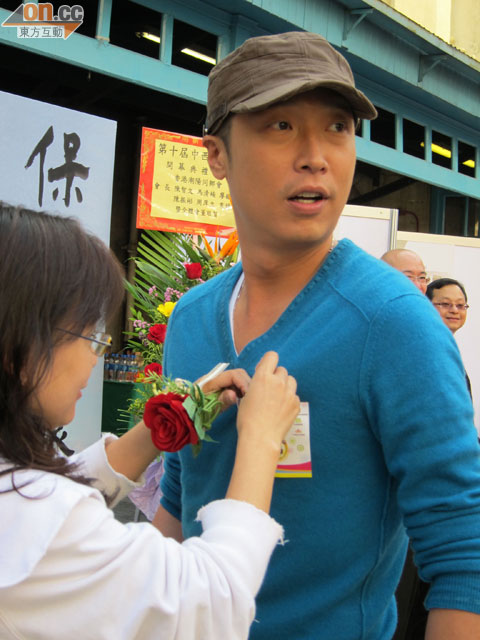 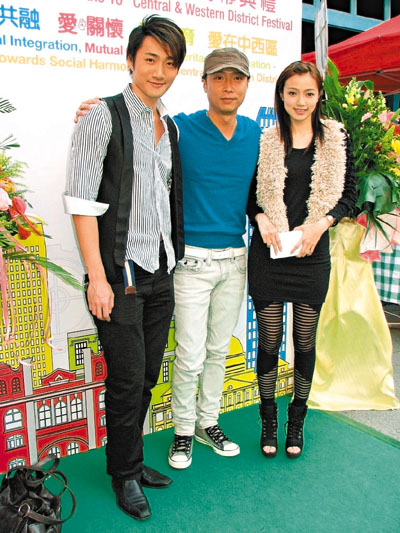 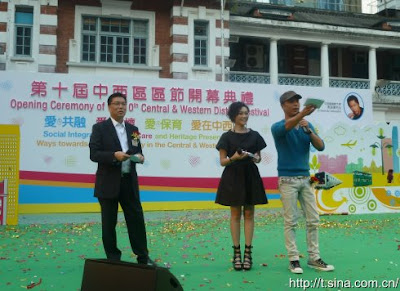 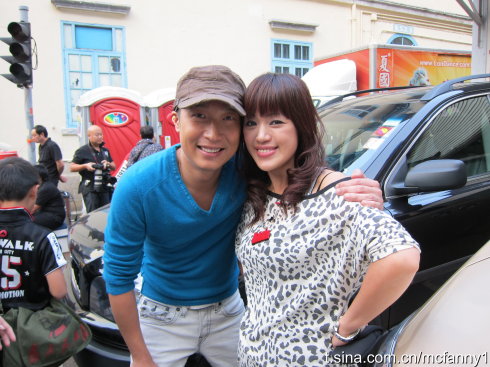 Fanny Li: Truly enjoy interviewing Steven because he is very amiable.  Also he is my brother's former schoolmate, also my school senior!  Every time I see him there’s this warm feeling of familiarity. Thank you for that time when we were in the same series, you taught me how to “wan sik” (earn a living), and enabled me to have more scenes.  Also during GW filming production, I personally observed your concern and care towards every temporary actor (extras) .  I will bear that in mind!! I will continue to work hard! Happy belated birthday wish for your rapid ‘rise’.  Smooth sailing everyday.