The series airing right after Rosy Business originally should have been Steven Ma’s “A Watchdog’s Tale”. However, halfway through RB’s broadcast, TVB suddenly decided to pull out AWT, opting to air instead the series “Sweetness in the Salt” (SITS) produced by Lee Tim Seng, also starring Steven Ma. Ma Zai says it was as if his character in the series was tailor made for him. During the shooting, he felt as if he was reliving his own life journey all over again.

After its production completion, SITS premiered overseas, but not in Hong Kong. Its audience’s feedback was extremely enthusiastic and warm. A certain Steven’s friend recorded the series and threw a “showtime party” to watch the series together. Not only can the friend preview the series in advance but was also able to watch the show together with the male lead, how good can it get? When the series ended, Ma Zai took a deep breath and said: “If asked whom does my personality most resemble? It's definitely Nip Ji Yuen. Nip Ji Yuen is me.”

But what kind of person is the male lead, Nip Ji Yuen? Tenacious in doing good. Remember kindness, forget hate. Faced with any slander, he will only grit his teeth and bear it. He never defends himself, opting to keep his silence instead. This man holds fast to his conviction, even if he were the last person left on earth, he would still hold fast, nothing will shake him off it. Nip Ji Yuen has always believed that his godfather, Lok Ying Guan, who has nurtured him from young into a useful person, and who has wholeheartedly taught him martial arts, and has led him onto the righteous anti-smuggling career path, was a good person. He thought the latter was loyal. When later he witnessed the evil doings of his godfather, Nip Ji Yuen could not condone his godfather’s deception, but neither could he forget his indebtedness to the latter. When he held his dying godfather in his arms, Ma Zai truly felt the excruciating pain in his heart, uncontrollably welling up from deep inside.

In real life, Ma Zai has also experienced the hurt of being deceived by other people.

“Until the problems emerged, only then did I believe that the person whom I had always being thankful to and had never hated can be a bad person. I was truly hurt. At that moment of hurt, I was very disillusioned, that kind of feelings cannot be expressed in words.”

Thus, his personal experience enabled him to fully portray the pain and suffering of betrayal felt by Nip Ji Yuen. It is this kind of unreasonable injury that led Ma Zai to fight back, just like how Nip Ji Yuen fights back at his diabolical godfather. Upholding his principles, keeping his promises. When portraying Nip Ji Yuen, Ma Zai felt as if he was reliving his own life journey once again. “When you made a promise, you must keep it.” This oath includes his attitude towards love.

Nip Ji Yuen loves Sing Suet, even though he understands she will not forgive him for killing her parents during his undercover mission. But even though they cannot be together, he will, nonetheless, discreetly protect her. Nip Ji Yuen is a level-headed and perceptive person. It is exactly because of his psychological burden, that his love for Sing Suet is so much more intense, so much more deeper. To ensure Sing Suet’s happiness, Ji Yuen willingly relinquishes his beloved to his good friend, Ting Hin. When Ting Hin is sick, Ji Yuen accompanies Sing Suet to look for the miracle doctor. When they discover that the doctor’s village is hit by a plague epidemic, Ji Yuen stops Sing Suet at the entrance to the village from following him. He would rather imperil himself by venturing alone into the village to look for the miracle doctor than have Sing Suet harmed. Eyes reflecting deep feelings, he says to her: “Wait for me!” (dang ngoh!)

“Dang Ngoh!” Two innocuous words, yet imbued with infinite feelings. “Wait for me to take the risk for you! Wait for me to come back…”, ineffable words all conveyed through these two words. The enticement of a series comes from the haziness lodged between reality and fantasy. Many a time, what people longed for are often portrayed and conveyed through the characters’ words and actions. When the viewers look at Nip Ji Yuen, they feel as if their loved ones will also love them just as much. This vicariousness through the characters is the lure for pursuing the series. This scene, these two words, stirred and moved the hearts. Likewise, the real life Ma Zai, is he not waiting for such a love to appear? That he could say words of such deep emotions must be somehow drawn from his own past experiences.

“Even if given another chance to choose, I would still choose Nip Ji Yuen; a Qing dynasty undercover. Extremely challenging. Balancing between love and loyalty, like a person walking on a tightrope, anytime can slip and fall over, shattering body and bones. A persona non grata to both sides. I won’t presume to say I did brilliantly, but I had given it my all to fully portray Nip Ji Yuen’s inner thoughts.” 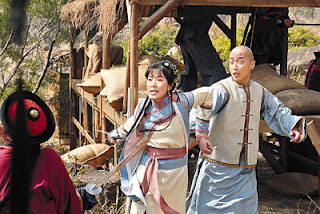 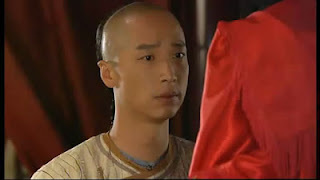 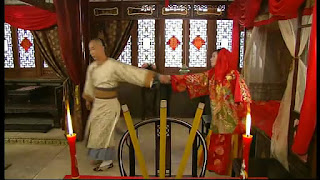