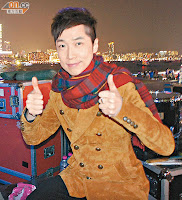 2012/12/31 New Year's eve. Steven Ma was the countdown guest performer in the "Love in the Central and Western District New Year's Eve Countdown Bash"「爱在中西区劲歌热舞除夕缤纷倒数夜2012」held in Tamar Park. Together with the crowd he counted down the new year amid much boisterous excitement and exuberance, and with fireworks lighting up the night sky in myriad colors.

Steven hollered happy new year to everybody and wished them good health, happiness, and success for the new year.

Steven said: "It had been a long time since I last countdown the new year out in the open like this, and what's more be able to sing at the same time watch the fireworks display. So happy!

"2013 is my 20th year in the industry. This song, "Lucky is to have met you" was my first recorded song. Tonight, I'm very happy to see the crowd's excitement and their support. And what's more, my family was here to show support, too. Also I met friends whom I'd not seen for 10 years or so. So despite the cold weather I felt warm and fuzzy inside.

I wish everybody good health, happiness and success for the new year! But I want to stressed on one thing: from this year 2013 onward, besides taking care of ourselves, we'll also take care of our environment and protect our earth. Doomsday 2012 did not happen but the reality is, our earth is presently facing lots of adversities. I hope everybody will be more considerate of our environment, more conscious of what's happening in our world, hence, become more protective of our earth." 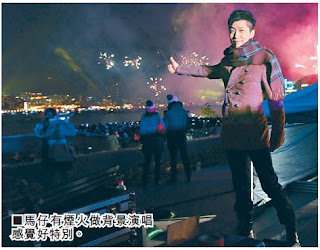 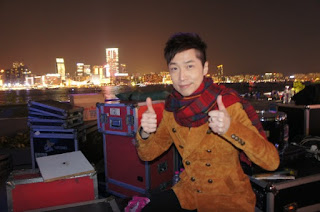