Judging from weibo messages, guess Steven's special guest performance for Dao Jiao 2/6/2013 pre-CNY outdoor celebration complete with grand fireworks was a triumph for him and a big success for the city organizers.

Steven was the 2nd last performance of the night. He sang 3 songs namely: themesongs from WTLB, Safeguards, and Better Halves. Some said his live singing sounded even better than on tv.

Weiboan said the whole crowd went crazy and hollering loudly when Steven came stage. As soon as Steven finished his performance and left the stage to the waiting van, the whole audience, completely ignoring the last performer (poor thing) for the night, left with him as they rushed over and surrounded the moving van. One weiboan said she didn't dare stop running with the crowd after the van, because had she stopped she would certainly be trampled over by the 'horde'.  Anyway, she herself was high too caught up as she was in the mass hysteria. lol!  And of course, all said Steven looked better in person than on screen or print.

Another weiboan said she just happened to be at the backstage when all of a sudden a horde of people came rushing by and she was caught up in their momentum and was thrown against the window of the van, and so got to be that close to Steven who was inside the van.

And many lamented about their poor feet being stepped on, stomped on and pounded on by people. Idol chasing can be such dangerous thing to do.

Guess it was a good decision for Steven to leave the stage right after his performance else he might have suffered physical harm by his ardent fans.

A weiboan complained how come all talked about Steven Ma only, weren't there any other guest performers for the show?  Answer: They all came to see Steven Ma.  Reportedly, the applause for the others were not all that loud or enthusiastic until Steven stepped onto the stage when the whole arena erupted in applause and hollering, and people promptly rushing toward the stage while some even go onto the stage to present floral bouquets to Steven.  And that as soon as Steven left the stage, the whole arena quickly emptied of people.

A weiboan lamented that Steven's performance quickly became a stand-on-chair look-out concert. I guess they all wanted to see a celebrity so most probably the whole scene could have happened for other tvb first-line actors too.  But good for Steven, as a celebrity he must have felt gratified to feel the audience's excitement for him. 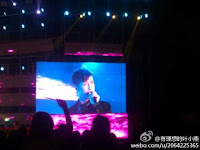 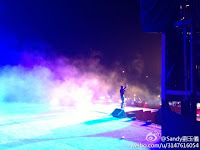 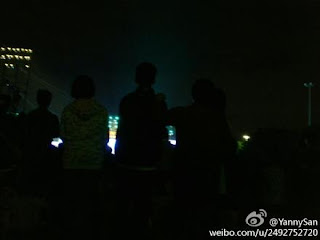 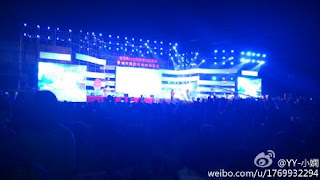 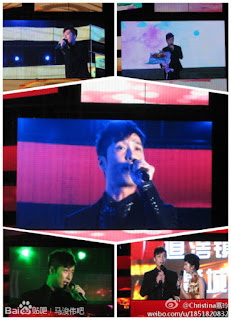