News: Steven Ma and Sharon Chan as celebrity guests in an open house 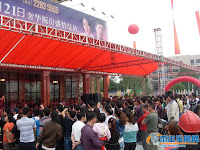 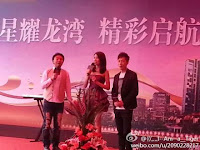 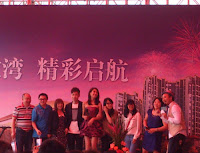 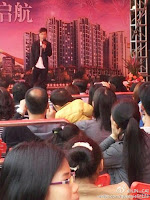 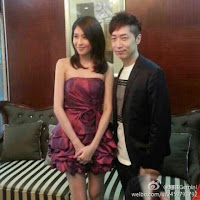 Weird why the video and the photos (weibo and newspapers) are all tinted red.
Sharon is already tall, with that extra tall high-heels she towers over Steven and everybody else around her.  In the group pix, she is a head taller than the woman standing next to her.

Woman in striped top says Steven is very good looking and looks very young, like in his 20s. Exaggeration much?

Goto SM baidu thread for more pix -- not reposted here cos' they are blurry.