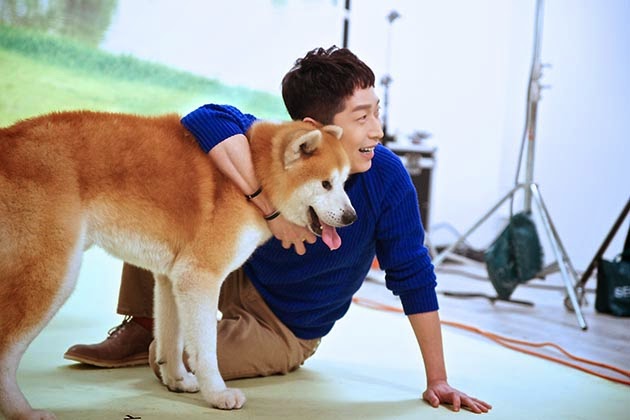 Earlier on Steven Ma did a cover photoshoot for his new album《CHERISH VOL 2》.  Prior, he was happy to find out that his news song with Fala Chen,《非戀之情》has consecutively topped mainland's "National Vehicles Chart (全國汽車榜) two weeks in a row. Later, as a promotional and publicity stunt for his new album, two KMB buses will be sprayed painted with his album cover image as it makes its bus route around Hong Kong and Kowloon. Steven was happy to receive KMB's cooperation.

To convey the notion that love  has no boundary, Steven especially included a dog in his album cover photoshoot.  He placed an ad on the internet and chose an Akita breed. On the day of the photoshoot Steven was taken aback by the dog's massiveness.  Because of its heavy built, the dog was easily tired and even went strike refusing to get up from the floor, very cute.

Steven was grateful to the dog's owner for only charging him a nominal fee as reimbursement of his/her transportation expenses for the use of his/her dog. Steven said that he loves all pets especially dogs, as to the places in mainland that still hold "dog meat festival", Steven stresses that he totally opposes eating dog meat, and appeals to the public that even if they dislike dogs, but still don't eat them. 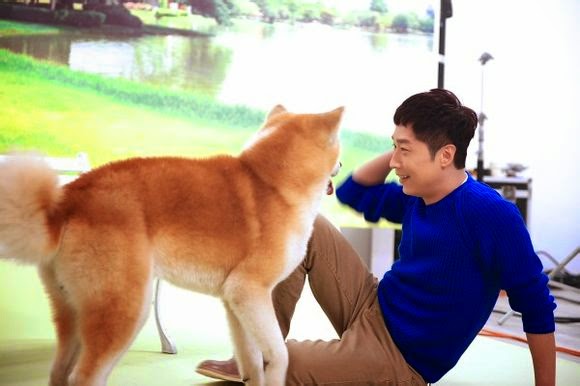 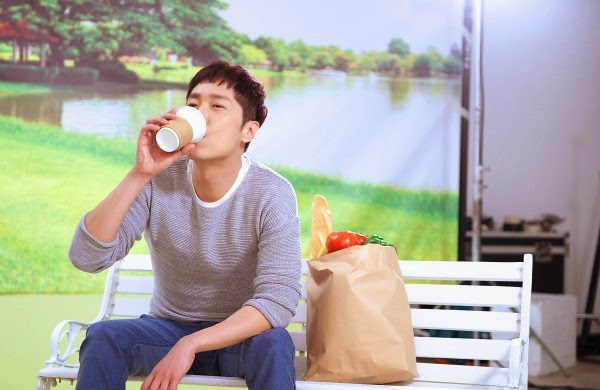 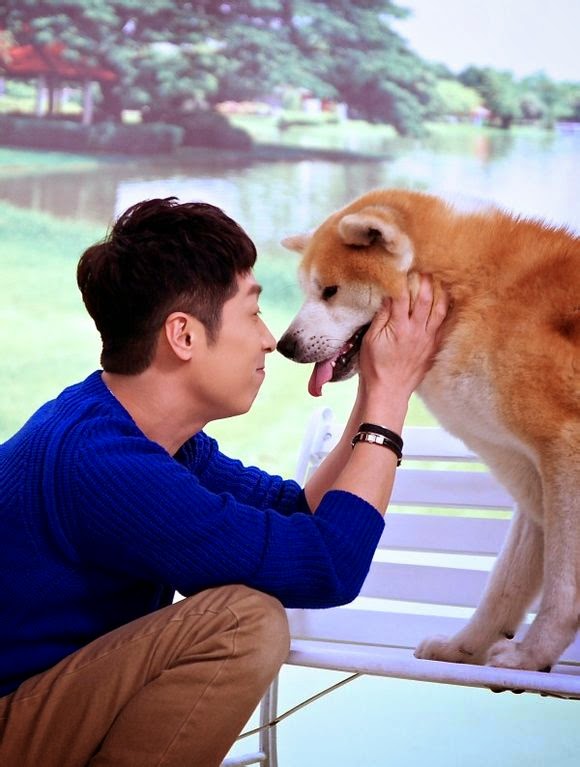