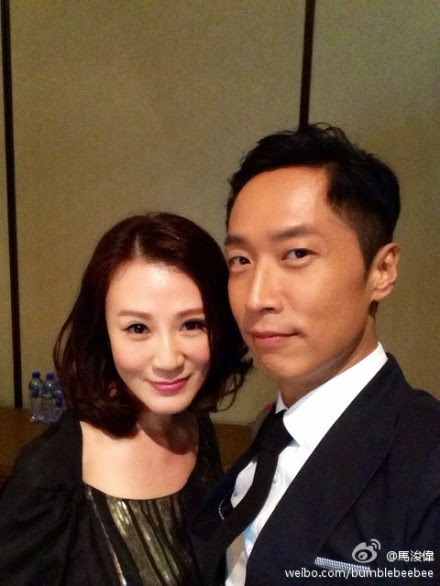 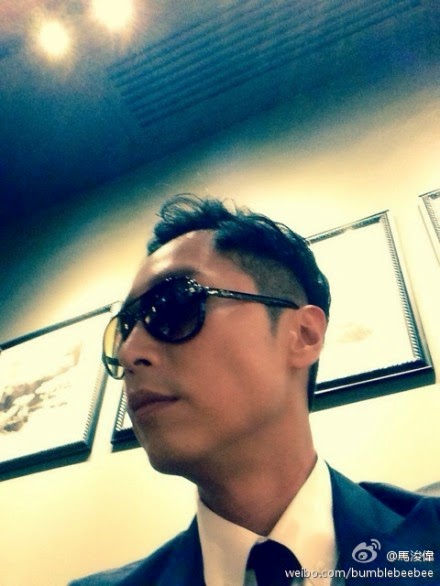 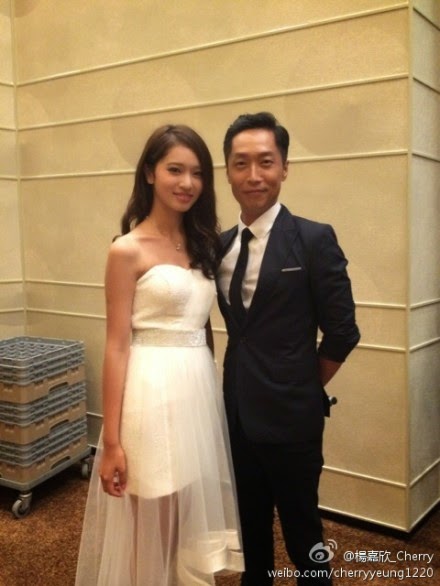 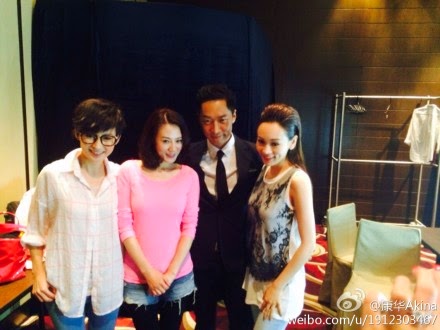 credit as labeled.
Steven as celebrity performer together with Shirley Yeung and Bob Lam (林盛斌) (MCs),  Akina Hong and Catherine Chau (周家怡) at this July 27th 2014 birthday celebratory banquet from someone. From browsing Bob's weibo I guess this banquet was for this Macao big shot (尹國駒 -Wan Kuok-koi).  Don't know who is the girl in the 2nd pix. 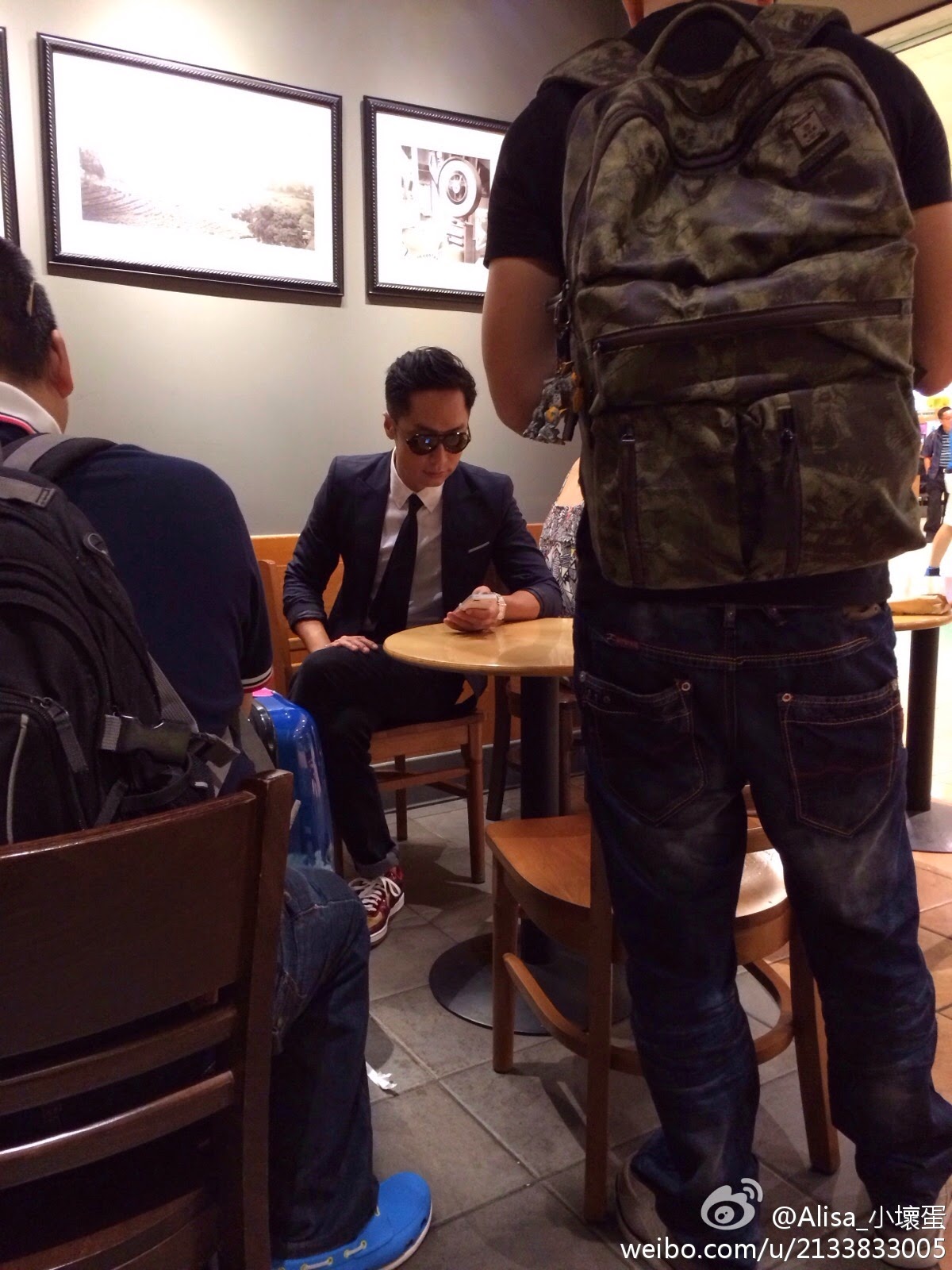 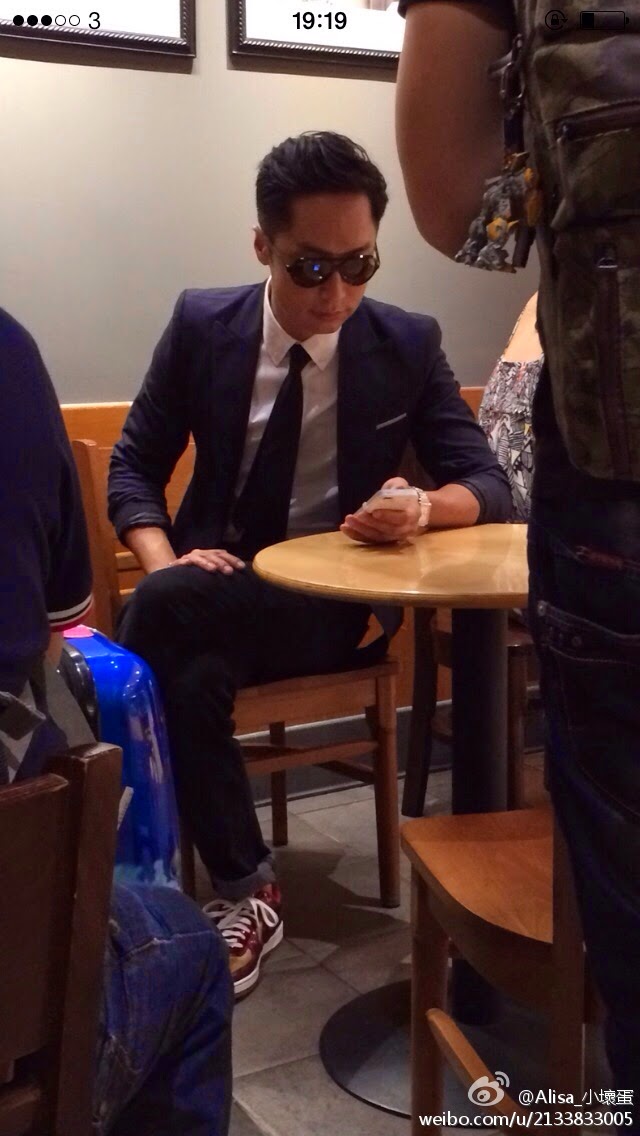 A belated unearthing of a July 28 covertly taken candid photo of Steven by a random weiboan. As she was leaving Starbucks at Macau Ferry Terminal suddenly in walked a handsome guy who was no other than Steven himself. What a lucky chance meeting for her.  See how his male assistant (intentionally or not) shielded Steven from prying eyes? lol! 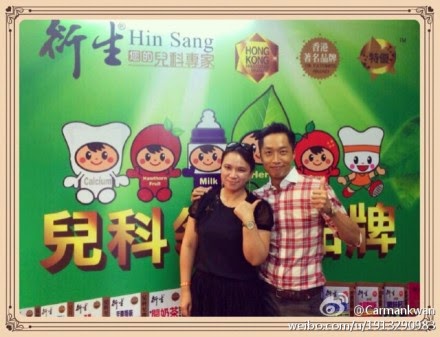 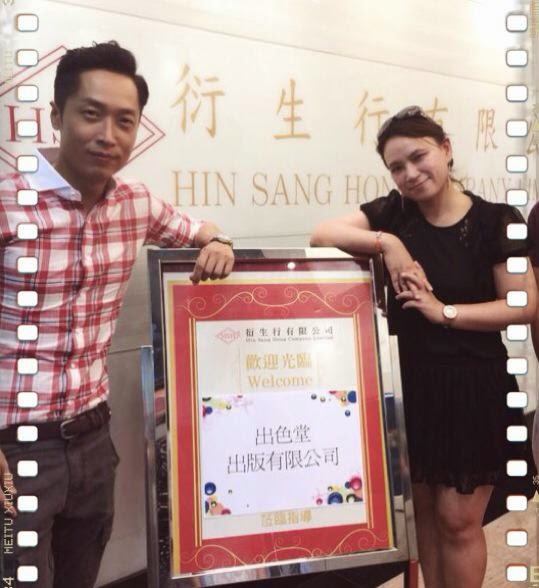 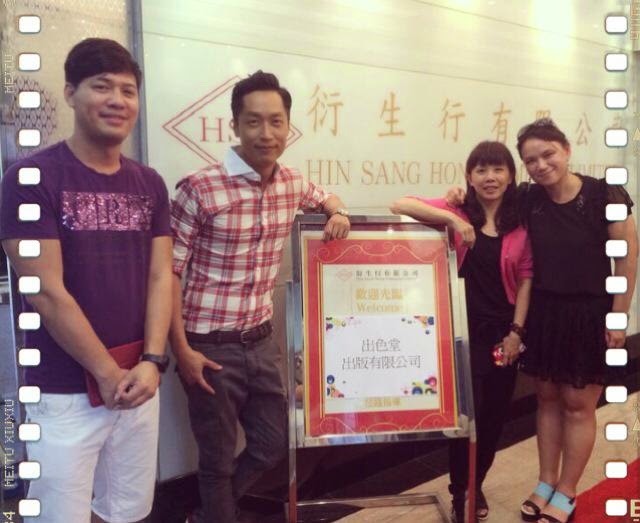 Hmm! Wonder why Steven had his company signboard at Hing Sang Hong event?

Isn't it amazing how hair style can effectively change a person's look?  So, what do you think of Steven's bare forehead swept up hairdo?