Hail to E-news for instant news on Steven, misleading headline notwithstanding.
馬浚偉美國瘋狂買波鞋
singpao 015-05-08 23:22:00 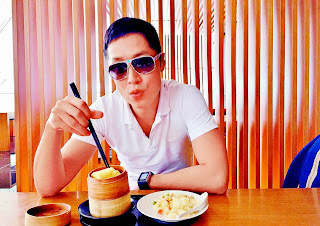 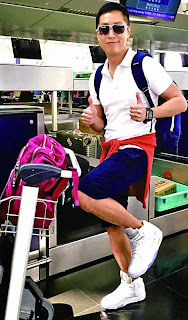 Yesterday, Steven Ma left for the United States in preparation for his three concerts with Taiwanese singer, Lee Yi Jun, to be held in San Diego (Harrah's Casino) and San Francisco (Cache Creek Casino) on May 9th and May 10th, respectively. As tomorrow (May 10th) happens to be Mother's Day, Steven has prepared in advance both new songs and classic oldies to celebrate that special day with his audience. Steven is feeling the pressure as the concerts will have live band accompaniment, plus he will sing the late Anita Mui's《親密愛人》(Intimate love). He hopes his rendition do justice to the song's essence. When finished with his concerts, Steven will stay back in the US for another day to relax. Later next month, June 7th-8th, he and Susanna Kwan will hold their duo concerts in Niagara Fallsview Casino in Canada.

Steven said recently he was really into the new footwear from the US, and at one time he even bought five pairs of new shoes in one go. However, with his hardly worn sneakers already filling up his shoe cabinet, he felt he went overboard with his shoe craze. So, this US trip would truly test his resolve to restrain himself from buying more shoes while there. "I truly don't want to become a shoe shopaholic."

Aside, Steven's home is under renovation recently so he is temporarily staying in a residential hotel. Though the renovation is most inconvenient, it is necessary for a comfortable home so Steven has willingly spent a total cost of 7 figures. Steven jested that now he would have to work even harder to dig gold and to try harder to save money, even more so, he has to restrain his shoe buying impulse.

TN: Wonder why Steven can't move into one of his sisters' homes?