HK$30m in debt, Steven Ma's former Manager is officially bankrupt.
Artiste Steven Ma's former manager, Frankie Fan (范志荣) with HK$30 million in debt, was pressed by one of his 71 creditors, Senior Accountant, Mr. Rong (容永道) to apply for bankruptcy protection last year. At that time, Fan said he would present an IVA debt reorganization proposal that will repay 75% of his debt within 5 years. But the high court revealed that since September last year, a 3 month's lapse, his proposal had yet to be presented, therefore indicative of bad faith. Accordingly, the court has officially declared him bankrupt. But Fan is still permitted to seek out IVA, and to belatedly present his proposal to the court; if approved, his bankruptcy status will be duly removed.

Currently filming â€œStars of Loveâ€, Steven declined any comments when asked about the bankruptcy case. As to Fan's last year lawsuit against him for half the equity of an apartment, Steven said he will consult his lawyer before making his decision.

Former manager sued Steven Ma
Steven Ma and his then manager, Frankie Fan 范志荣, set up a joint company in 1999, but because of stock share conflict will contest latter’s lawsuit against him. Yesterday, Frankie (Sep 27) filed his lawsuit in high court claiming that when Steven divvied up the company new stocks, his (Frankie) share proportion was inequitably low, and that Steven had also illegitimately stripped him of his title of company president. Therefore, Frankie appeals to the court to rule that he should be given his ‘proper’ share of the company stocks, and to order Steven to turn in the company account books, and to re-compensate him for past proceeds.

Plaintiff (Frankie Fan)’s lawsuit against defendant (Steven Ma) claims that in Feb 1999 they jointly (each with 50% ownership) set up an entertainment company (式比奥娱乐有限公司). The same year in March, they purchased a unit with car park in 何文田山道加林阁 building complex under the company’s name. Plaintiff claims that in 2001 November, defendant re-issued 9998 new stocks to himself, thus, greatly diluting plaintiff’s own stock share from 50% to 0.01%. Subsequently, defendant (Steven) transferred plaintiff’s original shares to his sister’s name (马淑仪) . In 2005 September, plaintiff’s president title was (illegitimately) stripped, and sister (马淑仪) was given that same title. Plaintiff sued defendant for a breach of contract and will have the court decide the outcome.

Steven was preoccupied with filming “Dogs” and responded thus: “My lawyer received the litigation notice on Friday (Sep 26). I’ve only these 4 words to describe this whole situation “mo ming kei miu” (bizarre) Since he wishes to use the legal system to settle this matter, accordingly, I’ll let my lawyer handles it.”

He revealed that he has not seen Frankie for ages: “These 5 years we had not collaborated or seen each other. Thus, all news concerning him, I read from the newspapers.” 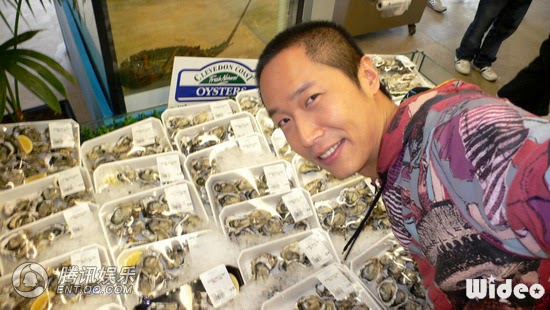 Steven's ex-manager, Frankie Fan (范志荣) formally filed his lawsuit against Steven in high court yesterday (9/27). He claims that he and Steven had, in the name of their then joint company, purchased a unit with car park in 何文田加林阁. But Steven asserts that the plaintiff has no legal rights to half of the property. Frankie filed against him for a breach of contract and for due proceeds on the property. Steven acknowledges that he has indeed received the litigation notice, and that this lawsuit can only be described with these 4 words, â€œ莫名其妙â€ (bizarre). However, since the other party wishes to settle this matter through the legal system, he will, accordingly, let his lawyer handle it. It appears that Senior Accountant Mr. Rong (容永道) had pressed Frankie for settlement of his defaulted debt of HK$3,500,000, consequently resulting in the latter's court filings of chapter 11 for his company and of personal bankruptcy, respectively. When asked whether Frankie deliberately dragged him into litigation because of his present financial straits, Steven says that he does not know as they had not been in touch for 5 years. So whatever news he heard about him is through the newspapers, and that is exactly how he knew of his troubles. Anyway, he hopes he (Frankie) will be able to resolve his problems. 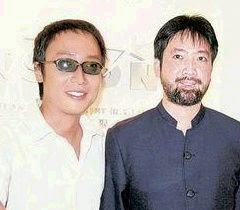 Earlier on, accountant Mr Rong(容永道) had petitioned the court to declare Steven's former manager, Frankie Fan, (范志荣), bankrupt. The case was reviewed in court yesterday. Mr. Fan was absent from the hearing, but through his lawyer, it was disclosed that his debt amounted to over HK$20,000,000. His lawyer petitioned the court for a debt reorganization allowance, and for a later court date in Oct 20th. The case states that last year Mr. Rong (容永道) filed a lawsuit against Frankie. He claimed that Frankie, as the guarantor of 建星娱乐公司 company, took up an estimated HK$3,000,000 loan from him. Now that the company has defaulted on the loan, he is after Frankie for repayment of the debt. The court ruled against Frankie last March, subsequently, Mr. Rong filed a motion to have the court declare Frankie bankrupt.