Yesterday, Steven Ma attended the “Aid a child to give new hopes” (?) function.「助養譜出孩子新希望」. When asked about TVB’s concurrent retrenchment of employees and salary freeze for artistes, he expressed that the employee retrenchment is already a reality. But that no companies would want to do that if not being compelled to. Regarding the salary freeze for artistes, Steven is right now in the midst of negotiating with TVB management on his contract renewal that terminates in mid 2009.

“Because there are numerous details that still need to be hammered out. It’s not over money; rather it’s about my desire to branch out into different directions.” When asked if he had requested a pay raise. He said: “I didn’t last time we talked. I’m not overly concern with that, and will not haggle over episode stipend. However, I'm against pay cut. I will accept salary freeze so that we can all get through this hardship together. But I oppose pay cut, because a few hundred dollars less income can bring immense hardship to a family. Which is why I also oppose fee reduction for outside jobs.”

Steven supports salary freeze but opposes fee reduction for outside services rendered. He said if he reduces his fees, likewise, the company will also earn less, which in turn may cause further employee layoffs or salary reduction. (for employees) Moreover, all these expenditure cutbacks will result in all kinds of economic ramifications, which may result in even more people losing their jobs. He said people have their own points of view but that: “What I’m most concerned with is the working-class people and the small families who may not be able to hold out.”

Asked if he thinks TVB is being too ruthless. Steven expressed that he is but an artiste, therefore, not privy to the company’s business decision-making process. He could only say, “It’s a regrettable situation!” because some of those retrenched employees are his friends. It is a tragedy caused by a poor economy. “Stephen Chen is right, it’s an inevitable decision; there’s no other alternative.” 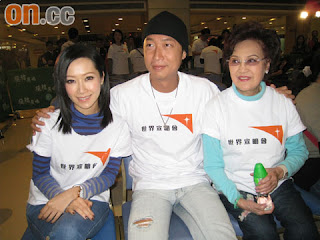 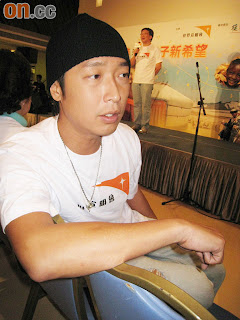