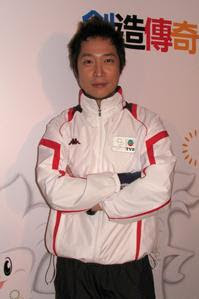 Steven Ma, Charles Szeto, (司徒瑞祈) Kayi Cheung ( 張嘉兒)、Skye Chan (陳倩揚) and Janet Chow (周家蔚) attended the live broadcast of 2009 Hong Kong East Asian Games press conference. Steven disclosed that he will be the TV analyst for the badminton finals in the EA games. He said:"At that time, I will have a pro to talk ball with me. I've been with tvb for 16 years, this is my first time as a commentator in a sports program!" He admitted to being very excited right now at the same time nervous. He jested that the biggest benefit to it was being issued a press pass: "The best part is having the almighty super pass. I could move freely to any competitive arena, and can also take pictures with my camera, too. This pass is even better than a VIP pass." 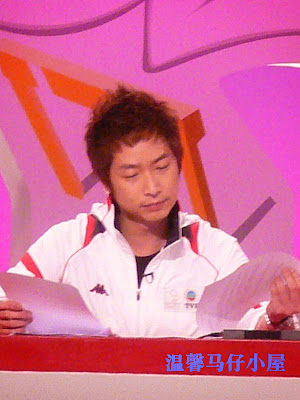 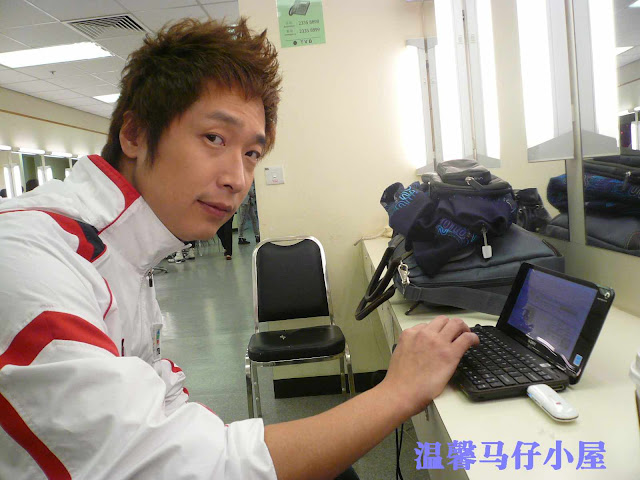 pix of steven preparing for his sports commenting
Uploader & or translator: Tamaya at 1:10 PM