Steven Ma, who has been in the industry for 17 years, first as a singer who then turned tv actor to break into the tv entertainment. The earlier years were not all that smooth sailing but Steven never gave up until he had the opportunities to take up important roles that helped establish his name.  Lately, Steven has started hosting tv shows, Book of Words and Apprentice Chef.  To Steven, besides it being a good opportunity for him to grow, it has also brought him other benefits.

Steven: Both the producer and the director give me lots of leeway in the show so it can be said that I did the program on my own.  The show let the viewers see me differently from that on screen Steven Ma.  The feeling is quite pleasant.  When out on the streets, actually the public has always recognized me, but now it seems the public knows me now on a whole different level, more deeper, like a friend they have known for a long time.

Having hosted both a knowledge and a cooking show, Steven's next goal is to challenge himself in hosting a sports show.  Especially since he himself is very interested in sports, especially badminton.  Steven says he has the knowledge. As to those game shows so welcome and enjoyed by the whole family, Steven straightaway rejects and shakes his head.

Steven:  Even getting on it, I worried I might affect other people's mood and the atmosphere. Because I worry I might be too serious when playing the game.  And that's just playing, so I will find it tough to host a game show. Such as those like Ji Wai Gor's (Eric Tsang), DoDo jie's or Siu Yee's,  all those shows are very funny.  I had fun watching it.  I can be an audience but as a host, I truly can't.

Steven will soon publish a book to share some nutritious soups and dishes.  Steven is so knowledgeable on food so hosting a culinary show is a natural process. Besides publishing books, Steven has also a peculiar idea.

Steven: Because many friends have asked me, "wei, are you going to learn cooking?"  Contemplating....maybe later I might learn cooking from a renowned master chef to seriously taking private lessons on the culinary arts. Let me confirmed everything before announcing it. 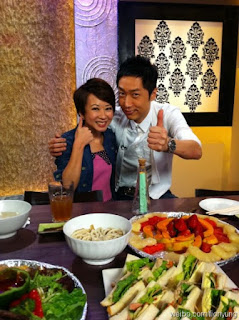 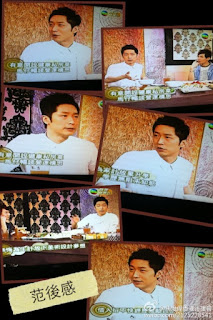 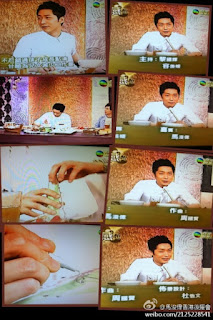 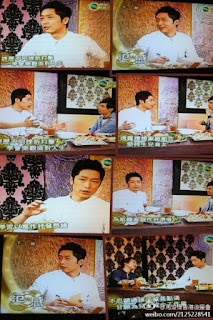