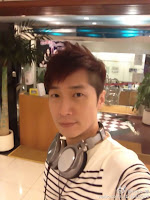 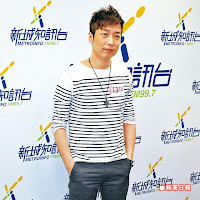 Yesterday Steven Ma was at a radio station to promote his new song, "An Understanding" (心照).  He said it has been ten years since he last released a music album but he still pays attention to the music industry.  He said: "I look most favorably on Ivana Wong (王菀之) , Hins Cheung (張敬軒) and Khalil Fong (方大同)."

As to the rumors on Sonija Kwok's marital problems, Steven said that's not possible. He said: "She is happy. We keep in touch. Maybe she's just quietly taking care of her husband and child at home."

He revealed he will return in to TVB to film the series "Property Protector" 《守業者》 portraying an army doctor. When asked whether he is worried that his series may be overly 'salted'?  (tn: rape scenes) Steven shook his head and said: "Don't mess with me. Heard that Wayne Lai will get sodomized.  Messing with Wayne is enough."