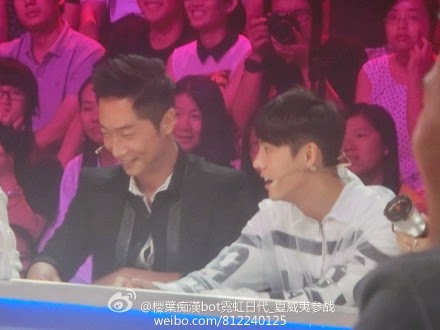 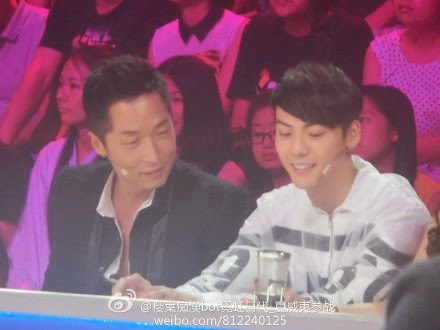 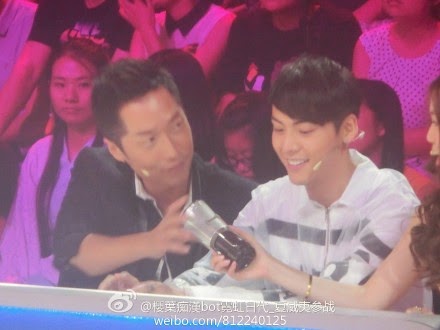 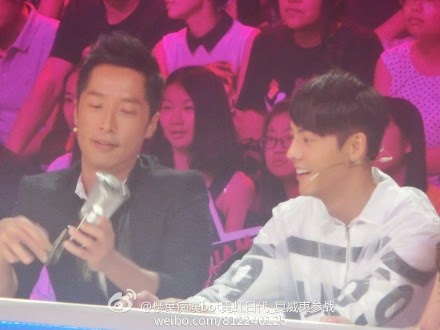 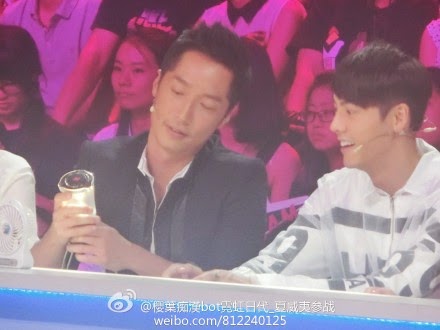 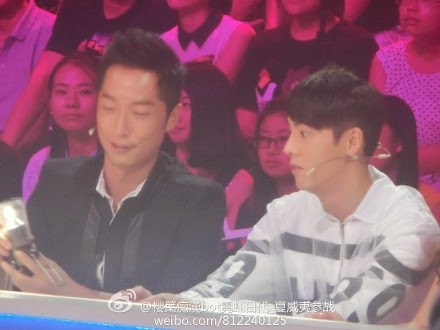 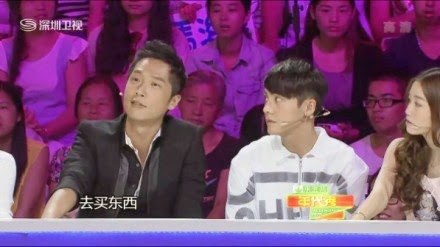 above images sourced from weibo - show off his mini lantern

I really enjoyed watching this show.  Even though it's over an hour long, the time passed rather quickly and easily with much laughter.  That being said, I prefer the old format of having artists from different generations as guests rather than the presence format of guests versus resident guests/hosts. I guess the generation placement proved to be too much of a hassle? Comparing his previous Generation Show to this one, Steven definitely looks better fair (more youthful looking) than the present overly tan (leathery) complexion. As his intro, Steven is praised for being a tvb series rating general, wah! how gratifying is that?  I didn't know who William Chan was before this show but I'm impressed by his performance here, Steven's was great too.  And  鸥哥赵屹鸥 is such a great host. However, I couldn't believe how Lee Xiang as a hostess could be so crass as to bash TVB on tv, thank goodness for Steven's gracious response to deflect that pitfall to bad mouth his old employer. And poor 2011 MHK Rebecca Chu for being dragged into it.  Love the "show and tell" segment whereby the actors/actresses showed off the  'necessities' they brought with them during filming. Guess Steven's "must have treasures".

To watch the  video (when uploaded much later) go here to select any one of the  video sites.

Steven and William Chan（陈伟霆)'s Generation Show will air this Saturday, September, 27th at 9:15 pm. Should be able to stream 深圳卫视 live at 21.15 on these portals: qq live ; dl 风云TVapp for iphone.

To watch the  video (when uploaded much later) go here to select various video sites.


related pix material
Uploader & or translator: Tamaya at 10:11 AM