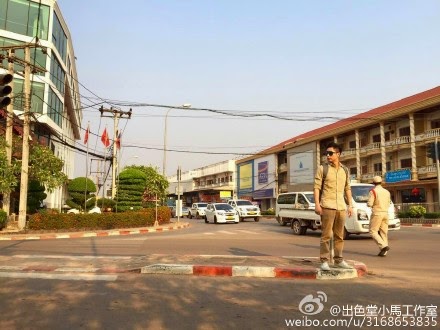 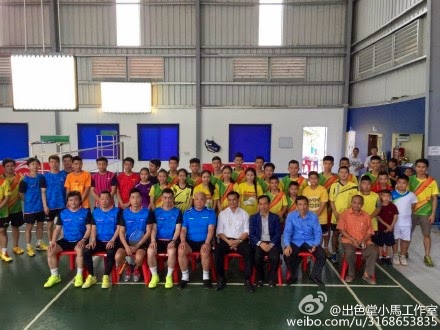 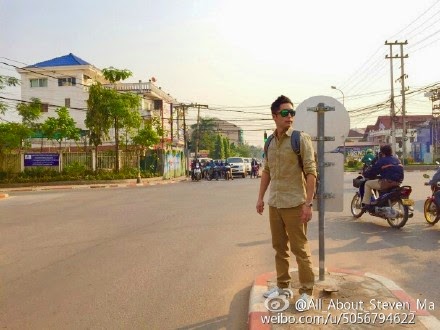 Steven Ma, a badminton buff, has been a member of Hong Kong Li Ning Badminton Club for ten years now. He is the only celebrity in the said club of national athletes. In the past, the Club had encouraged Steven to participate in the World Chinese Badminton Federation (WCBF 全球華人杯) Celebrity Tournaments that Loletta Chu, Sally Yeh and Chiu Tsang Hei have participated before, but Steven declined because he did not want to compromise his opponents' game.

Earlier, the Laos National Sports Council invited the Club over for a friendly match against its Laos national badminton team and its military youth corps. Steven Ma participated in the match too. He said his trip to Laos was a real eye-opener for him.

Steven said: "My team and I arrived at Thailand on March 3rd; we entered Laos on March 4th. This was a friendly match, and my team thought I should participate to gain experience. I complied with the club's arrangements for me on this trip. I played four men's doubles and won three of them. In one of the matches, my partner was the former national badminton team player, Chu Fung. For the other two games, my partners are also professional badminton players. I was the only amateur there. With these wins, I can say I did my part for the club."  He said win or lose either way is secondary, what is important is to enjoy the process.

As to his stay in Laos, Steven said: "Laos has its own culture and language. Its currency denomination is huge. A canned drink can cost up to 5000 Lao Kip (62 cts in US$). At this one convenient store, my teammates and I paid about 1 million Lao Kip for some towels and drinks. Holding the Lao Kip money in my hand, I felt flush with cash."

When asked if he was concerned about security issues prior to visiting Laos, Steven admitted he was indeed a bit worried as he had never been there before. His worries were allayed by the warm welcome given to them upon their arrival there.  "A police escort cleared the road for us. We stayed in the newest hotel. This trip was indeed a memorable life experience. The houses in Laos are mainly single story and the people live a simple lifestyle.  Though still a developing country, Laos shows great potentials for future development. Laos national badminton team members are all very young, though their skills are still inferior to the China team's, given time they will improve greatly."

Steven did not feel he missed out on spending the Lantern Festival in Laos, instead he felt he had gained much from the trip. He hopes he will have more opportunities to participate in HK Li Ning Badminton Club exchanges abroad so that his eyes continue to be opened and his horizon broadens.