Steven Ma hindered the filming progress.
gist: The weather was hovering in the high 30s when Temptation troupe was out filming an on-location shoot on Mongkok streets. The troupe was hoping to get the job done swiftly and get out of there. But a crowd quickly gathered there. Liked being possessed by the god, Wong Dai Sing, Steven fulfilled all requests that came his way. He was overly friendly and accommodating to the bystanders; taking pictures with them, signing autographs and chatting with them. The reporter jibed that the only thing missing was the exchange of telephone numbers. One crew member got so exasperated he yelled out to Steven: "Stop stirring up the si nai lah, work can't get done lah." Well, can't really blame Steven, after all, the general public is his boss, and moreover, there are all kinds of people on Mongkok streets, if he did not do a good job entertaining them, who knows what kind of reception he would get from them, later. 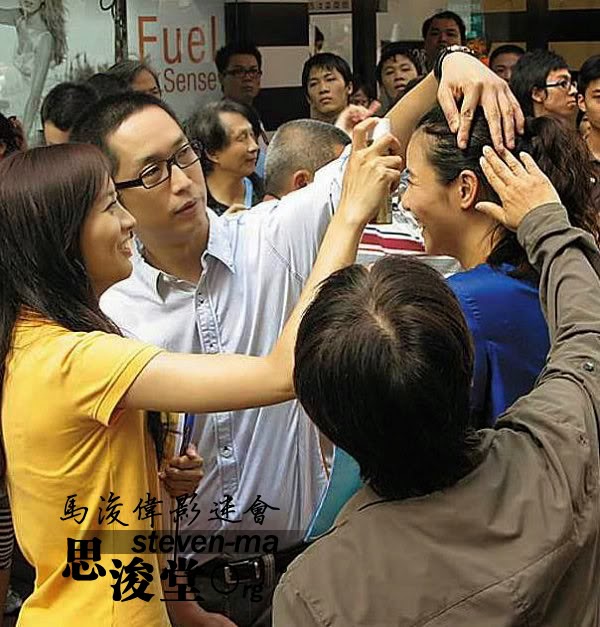 Akazukin: It's good that Temptation is receiving more attention from the public and the reporter. And good to know that Steven is so popular with the housewives there still. I believe it's in Steven's character to entertain their plea because he is such friendly person to start with. If he can spend his free time to watch a remote colleague act and help him give some opinion, I don't see why he would ignore the street admirers so needing his attention.

Tamaya: Actually, I should replace 'chatted' with sinai ' to tease / to provoke / to stir up/ incite ' the sinai. I think these 'sinai' were mostly the bus load(s) of tourists from Sichuan and Heilongjiang. Steven is especially considerate to non local fans because 1) they might not have another chance to meet again since they live so far away, and 2) they came from afar, putting in long hours and distance just to see him. In AJCL promotional event, he especially picked out a Shanghai fan to get on stage to play just because of that. Might offend some local fans though, but there's logic in it. Guess his glasses are not prescribed, just cosmetic. 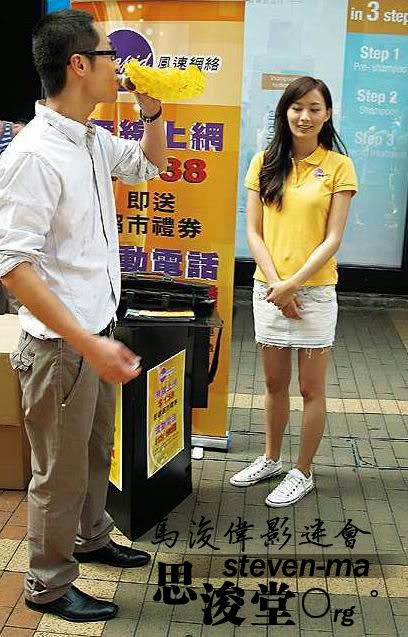 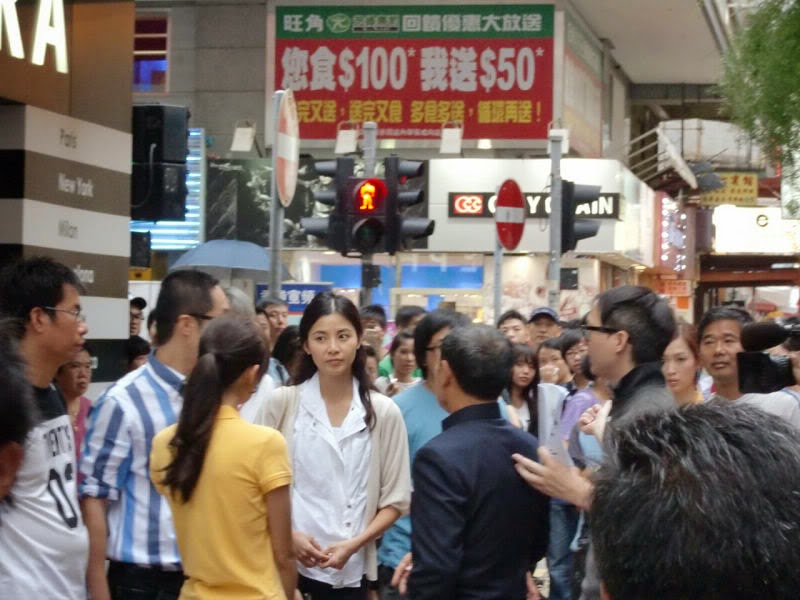 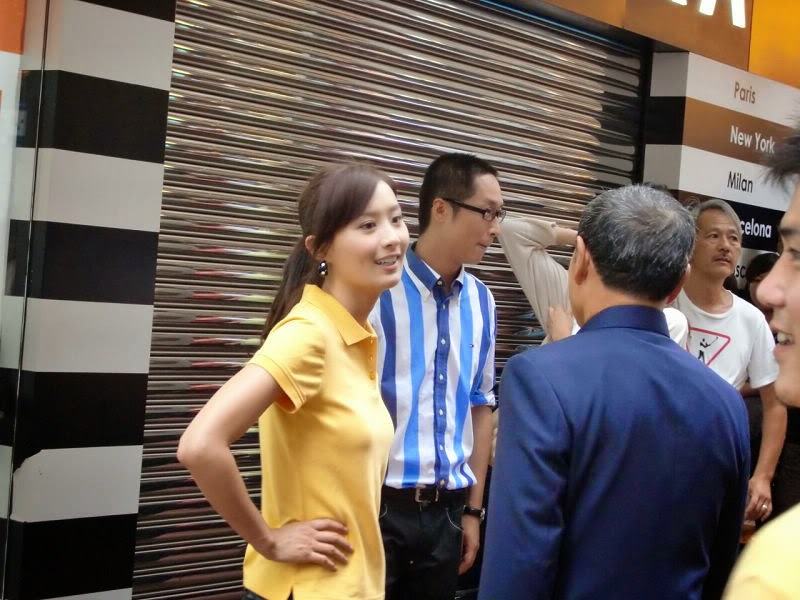 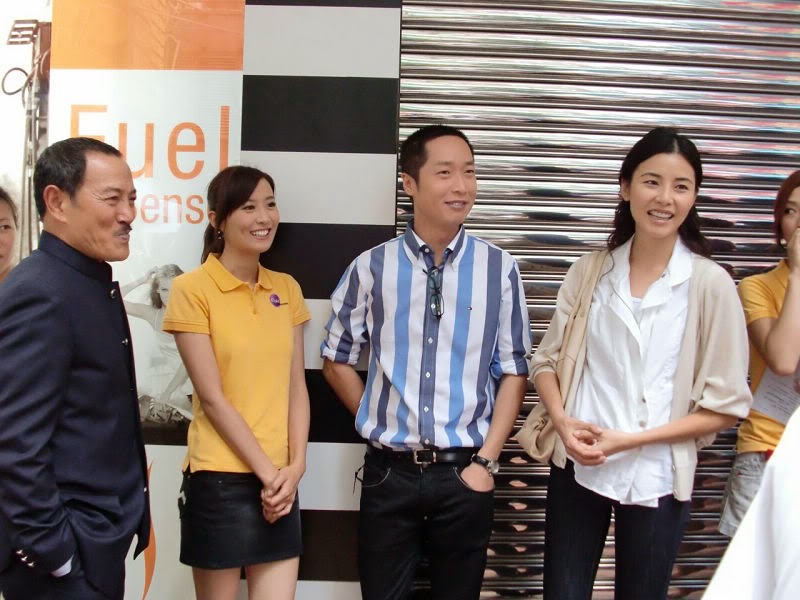 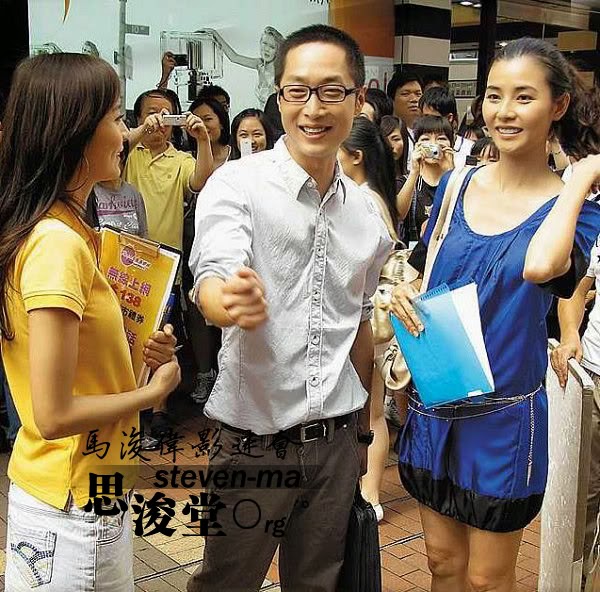