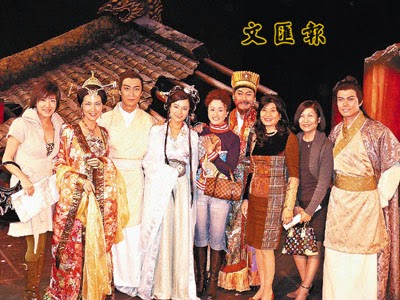 After the show, Zhen Jie and Ms. Lok went backstage together to congratulate the cast. Zhen Jie demonstrated to Sonija, a first timer in theatre performance, on how to gesticulate more naturally and subtly. Sonija was so nervous she was not even aware that she had stepped on Susan Tse’s robe during performance

Also making their theatre debut, Steven and Michael overcame their nervousness to successfully complete their performances without a hitch. They were very into their characters. Steven was very elegant and graceful in his period costume. His intense histrionics scenes elicited loud applause from the audience. Michael’s performance was also very well acted. 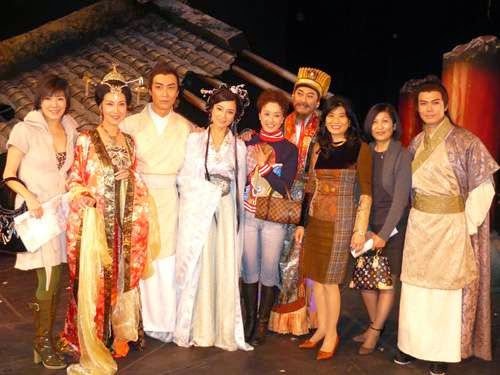