When asked if he will return to TVB? He did not deny the possibility, Steven says: "Presently, I don't know how to answer. In any case, until I actually signed the contract, I don't want to talk about it."  Even though he has not disclosed his direction, he admits the possibility of his return to TVB is high, he says: "Whether for Catherine Tsang or for TVB, in any case they brought me up."  But he stresses that even if it occurs it would be for a per series contract only. 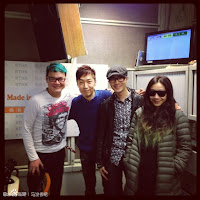