Steven: Drink smoothie just as high; abstained from alcohol.Steven Ma is invited by KMB to attend its Father's Day event at  Mui Foo Bus Terminus today. Steven, who has recently created a new song entitled 'Father Bus' especially for his father, will go inside the promo bus to give away copies of his new cd as rewards to the passengers inside who will be riding the bus with their respective fathers. (tn: cds purchased by kmb) 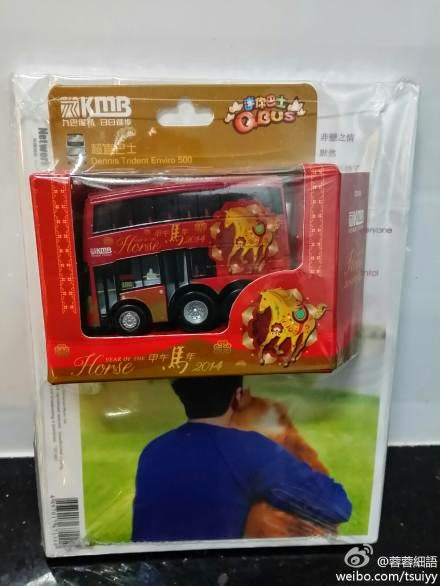 During the interview Steven reveals that he has quit drinking for two months now. He says: "I've always enjoyed drinking but I'm not into excessive drinking. Because I started work early so I've built up a high tolerance for alcohol. I can hold my liquor which makes me drink even more. If I continued this I could die at anytime. Moreover, my own blood pressure is abnormal."  Steven says furthermore whenever he drinks beer after his gym workout he is likely to get a potbelly, thus wasting his all his exercise effort. That is another why he quits drinking. (Does he have an addiction?)  He says no. Sometimes when he met up with friend they would be having alcoholic drinks while he drank milkshake (smoothie) or fruit juice, but still having as much fun. "No alcohol, but still can be as high!"  He said taking care of one's health is also one's being filial to parents.

When queried on how he plans to celebrate Father's Day? He says that he has reserved a private room for his family to partake Kong-Nam (southern) cuisine. "Have also prepared various presents." (What kind?) He says he will give his father a model bus gift package related to his father's past bus route and a copy of his new cd. "Also will give him a big red packet." So his father can use the money to either buy stuff or deposit it into his savings account. He says: "My father is not into buying stuff. Anyway, father can live comfortably."  When asked if he will take his rumored girlfriend, Vivian, to have dinner with his father tonight? He says: "Don't want to talk about it. Whatever fate decrees."


When recent news of his busted teeth was mentioned, Steven says he has them crowned permanently now.  He exclaims: "Dai Lo! HK$10,000 each! And I'had two done, HK$20,000 in total!" (In future, will take better care of yourself?) "Shooting a series is different, won't especially injure myself. I'm usually very careful. Even my father has commented that I've been injured in many places. So I really have to be more careful. If want to be filial then must not let father worry."

Steven's new cd is released on June 12th and so far the sales are ideal. He says that many music stores are already out of stock. Just KMB alone has already purchased 200 copies as giveaways to passengers. Although he has already purchased the cd(s) online (tn: As giveaways to friends?) yesterday, he nevertheless stopped by some music stores to check them out. (see pix)

Tomorrow he will reveal his new "I'm getting married" mv 《我要結婚了》with Fala Chen. (Asked if there is any intimate scenes?)  He tells the reporter not to worry; "It's very intimate! I think the mv is truly very beautiful!" 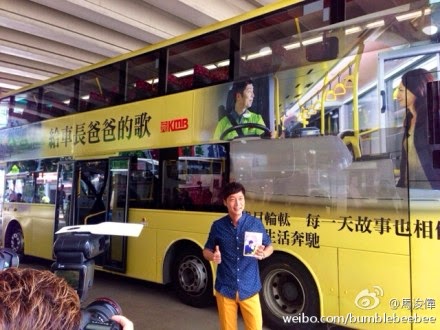 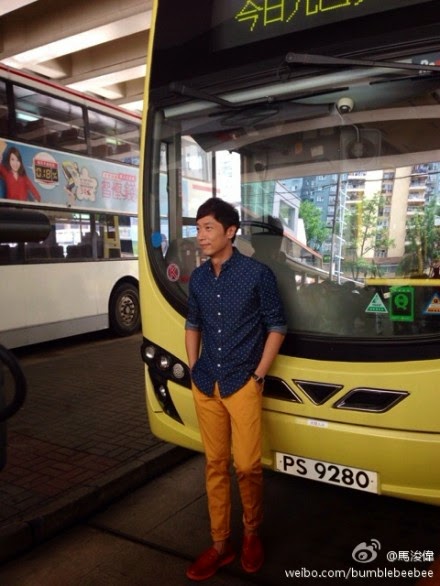 Note: Steven says that his Cherish2 cds are already sold in some cd stores in Hong Kong. Yup, if want to buy his cds, do it now. I guess steven-ma.org weibo rep. helped to deplete some of the cd stocks by buying the cds on behest of mainland fans. lol! 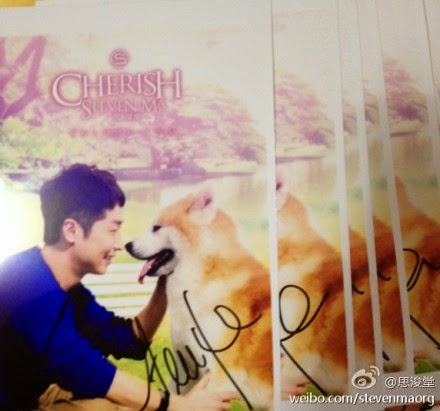