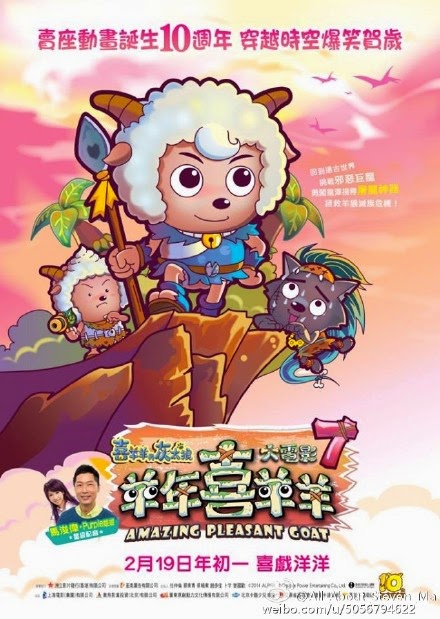 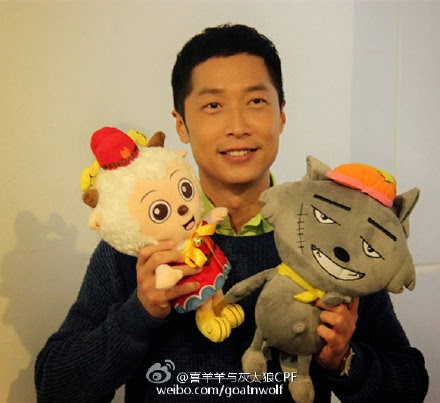 
source: Behind the scenes -  themesong

The Amazing Pleasant Goat 7th movie screened today (1-31-2015) in theaters nationwide on the mainland but it will screen in HK theaters on 2-19-2015 to coincide with the 1st day of the Lunar New Year.  Steven sang the theme song in Mandarin and Cantonese, and also dubbed the Cantonese version for Big Grey/Bad Wolf.

Note: Steven is a fan of the cartoon, so, good for him for dubbing the Big Bad/Grey Wolf. Incidentally, the creator of this popular cartoon and its characters is none other than the male judge in the animation (last/6th) episode of Steven's reality show「技行天下」.  Indeed, timing and networking are paramount in securing work in any occupation.