I guess the nose injury at the time did indeed affect Steven's singing, which I'm sorry to say, sounded off tune and quite flat in parts - too bad. Poor thing, his face looked quite battered with those unsightly bandages pasted on it. Be that as it may, hopefully his heartfelt opening of his heart and his testimony to Christ helped those in the audience with their own demons to overcome.

If interested, do check out the "Christianity" tag on this blog to loosely trace Steven's conversion path into Christianity, specifically the links below whereby Steven talked in length about his conversation to Christianity in print, in videos and in audio on his mother's illness and her death. 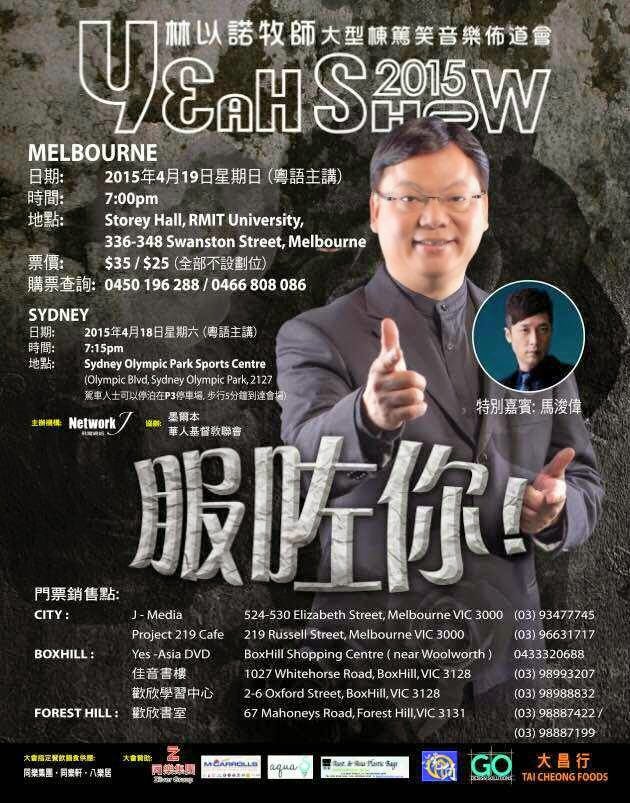 Talking about yeah show, its 2015 promo song on youtube.  Honestly, the song is both boring and bland and not at all arousing of emotions. Also, sorry to say, the overall group singing was weak although Steven sang well enough. Anyway, Steven will be the special speaker in the 2015 Yeah Show on April 18 in Sydney and on April 19 in Melbourne.
Uploader & or translator: Tamaya at 2:45 PM