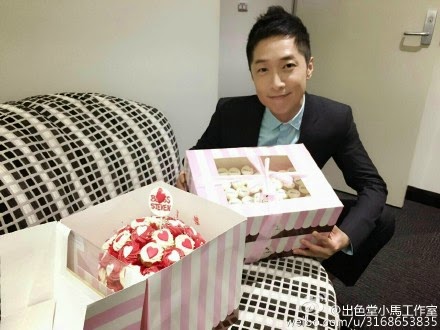 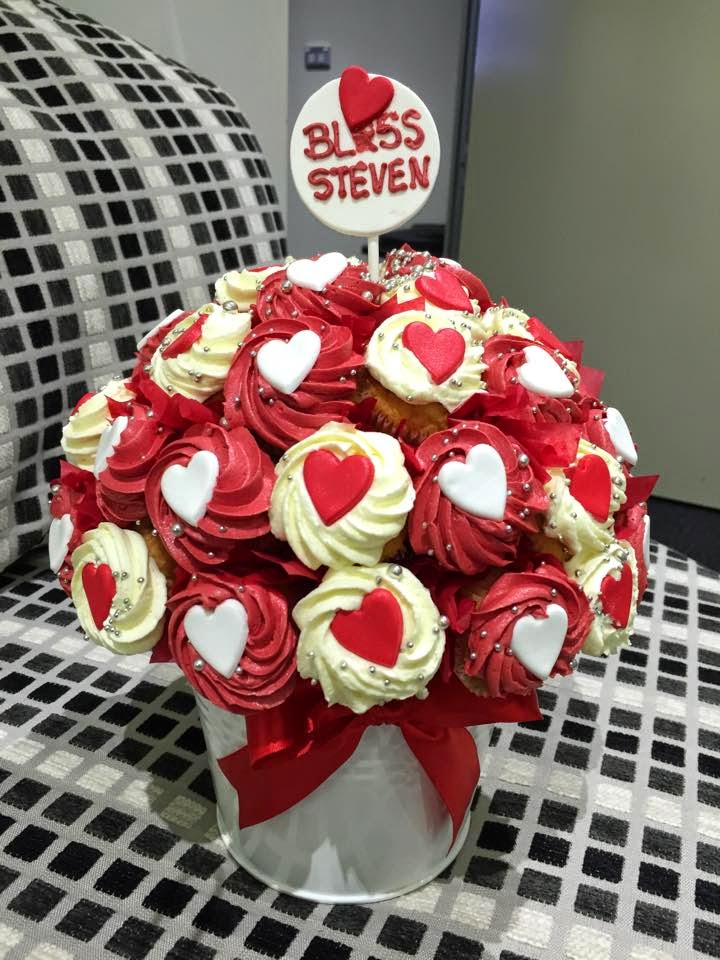 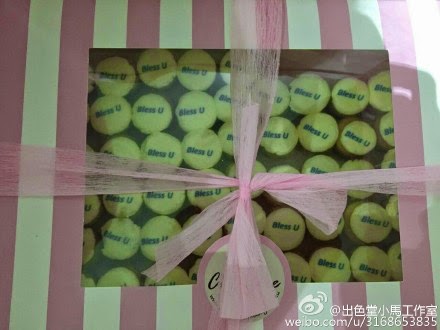 Steven transferred 出色堂小馬工作室  4月18日 17:29  post:
Australia "Yeah Show" is about to start, our thanks to Aussie "little piggy" for her cupcakes. Steven thanks all of you for your affection, good show tonight! 在澳洲的Yeah Show 就快開場，感謝澳洲小豬送來的cup cake，四哥謝謝你們的愛䕶，今晚good show!

Steven 4月18日 18:55 : What touched me deeply was that she had 100 cupcakes delivered to the volunteers......the cakes were great, her thoughtfulness even more beautiful! Thank you, bless you! 最讓我感動的是她送來了100個cup cake給所有義工吃......蛋糕很贊，但心意更美！多謝，祝福妳！

From photo (eta with the cake), looks like Steven has lost most if not all of his recently gained muscular built, now he's back to his slim self again. (somewhat lollipop?) Frankly, Steven could be more well built with broader shoulders. (but not the bodybuilders' bulky-and-hunky kind of built, thank you very much). Anyway, it's like Steven has this relentless on-going internal battle with his looks and body (to change his appearance). Like how he periodically (between filming) abuses his skin by over tanning and strains his heart with strenuous exercise routine. Last year, his body looked bloated and face puffy because he took protein powder supplement wanting to build muscles (not sure if he has since discontinued). And now seeing his current scrawny self on the above photo, looks like the months (a year and a half?) of hard work, strict diet and self deprivation are all for naught? Instead reportedly, his body-building special diet and rigid exercise regimen have adversely affected his health and landed him in hospital.  Or is this the case of "穿衣顯瘦脫衣有肉"?  (thin when clothed, muscular when bared). Steven is lucky his skin and body are so resilient and forgiving of his relentless 'torturing'. Incidentally, I prefer Steven with a healthy, light tan (as oppose to charcoal/burn tan or pasty fair) and of course doing regular exercise is good for health and stamina, but everything should be done in moderation and not in extreme as to compromise one's health.
Uploader & or translator: Tamaya at 1:08 PM