news 2007 Support and Acclaim for Hamlet 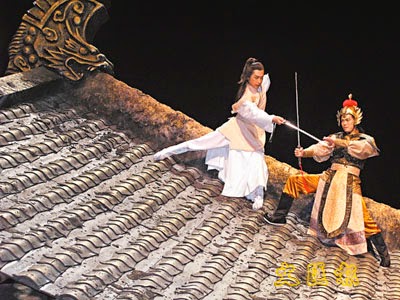 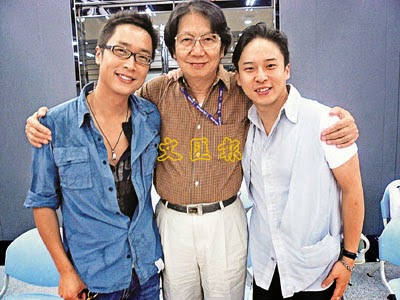 Nov 25 night: After its last show, Hamlet's 《王子復仇記》organizing committee held a special celebratory dinner to reward the cast and production crew for their two months of hard work. The chairperson, Mrs. Alice Chiu (趙曾學韞),  and TVB executive, Virginia Lok, both attended the dinner and congratulated the cast and crew for a successful run.

A large number of celebrities turned out to support Hamlet, including: Lam Ka Sing (林家声) Connie Chan Bo Chu (陳寶珠), Kent Tong (鄭則士), Fung Bo Bo (馮寶寶), Wayne Lai黎耀祥, Myolie Wu (胡杏兒) and Yao Wei (姚玮). Also, there was a group of disabled people and chronic patients who came especially to support Steven in gratitude for his years of social work as well as to present him with their congratulatory flowers. There was also a Taiwanese Steven Ma fan who especially flew over to Hong Kong to watch all 6 shows. When she found out that the organizer needed help to sort out and hand out tickets, she immediately volunteered to help out.

The audience collectively praised Steven for his stage presence and noble bearing and that he held the stage well; in short, his performance was brilliant. Steven was delighted to hear that, that all his hard work was well worth it. “What I’m most happy about is that I got to know a group of good friends, especially Dexter Yeung. We met for the very first time at the rehearsal, but we clicked immediately and became fast friends. Dexter has a lively personality and a good heart, also he is very hardworking. We’re now buddies".

“What I felt badly was that in the 5th show while dueling with Michael my sword accidentally removed his wig from his head.” That was the worst goof-up in the whole run. After dinner, the group continued their celebration in a karaoke bar. There Steven profusely apologized to Michael for his blunder, which the latter graciously accepted, in turn reassuring Steven that it was no big deal. The organizing committee has plans to take Hamlet on tour in China. If the plans pan out, then the cast will have a chance to collaborate again.